EmpowerU will watch one of the most famous speeches of all time 32 years after date that Ronald Reagan delivered the Brandenburg Gate speech.  The Brandenburg Gate, was built between 1788 and 1791 by Prussian King Frederick William II as a key entry point to the city of Berlin. In 1987 it stood as a symbol of communism in the West when the wall went up in 1961 access to the gate now located in East Berlin was cut off.

The “Tear Down This Wall” speech was not the first time Ronald Reagan had addressed the issue of the Berlin Wall: in a visit to West Berlin in June 1982, he’d stated “I’d like to ask the Soviet leaders one question “Why is the wall there?”, and in 1986, 25 years after the construction of the wall, in response to West German newspaper Bild-Zeitung asking when he thought the wall could be “torn down”, Reagan said, “I call upon those responsible to dismantle it today.”  The speech was also a source of considerable controversy within the Reagan administration itself, with several senior staffers and aides advising against the phrase, saying anything that might cause further East-West tensions or potential embarrassment to Gorbachev, with whom President Reagan had built a good relationship, should be omitted.

American officials in West Germany and presidential speechwriters, including Peter Robinson, thought otherwise. Robinson traveled to West Germany to inspect potential speech venues, and gained an overall sense that the majority of West Berliners opposed the wall.  On Monday, May 18, 1987, President Reagan met with his speechwriters and responded to the speech by saying, “I thought it was a good, solid draft.” White House Chief of Staff Howard Baker objected, saying it sounded “extreme” and “unpresidential”, and Deputy U.S. National Security Advisor Colin Powell agreed. Nevertheless, Reagan liked the passage, saying, “I think we’ll leave it in.” 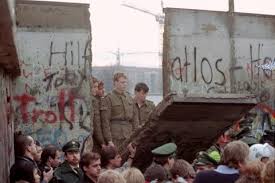 Join EmpowerU as we watch the entire speech on film 31 years later.  We will set up our conversation with what was going on in the Country before, and after to give you historical perspective.  This speech is as meaningful today as it was back on June 12, 1987.

Matt Byrne will moderate this class by taking us through the events leading up to Reagan’s important speech.  He will walk through the historical context of the speech-what was happening politically, where were we at with Russia and the Cold War.  Matt Byrne primarily represents clients in state and federal trial court and appellate litigation, in arbitration, and before administrative agencies. His litigation experience includes the full spectrum of employment matters, ranging from individual claims to complex class and collective actions. He has represented clients in appeals before the Ohio Supreme Court and the United States Court of Appeals for the Sixth Circuit, among other appellate courts. 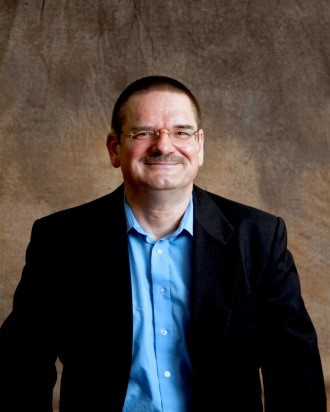 After the Speech we will hear from Harald Ziegler to talk about what it was like to live behind the wall and the Iron curtain.  Harald was raised behind the Iron Curtain, fully indoctrinated with the communistic ideology, he was a card-carrying member of the communist party of East Germany, when his belief system was scattered by the confrontation with GOD’s word; as a graduated electronic engineer, he served at a Navy base until he was expelled for publicly declaring his faith. After a ten year fight with the almighty State Security Police (STASI), he could leave, what he calls one of the largest prisons on earth. Twenty years later he realized his lifetime dream and immigrated to the United States. Harald was one of the co-founders of the Cincinnati Tea Party and her Senior Strategist for many years.