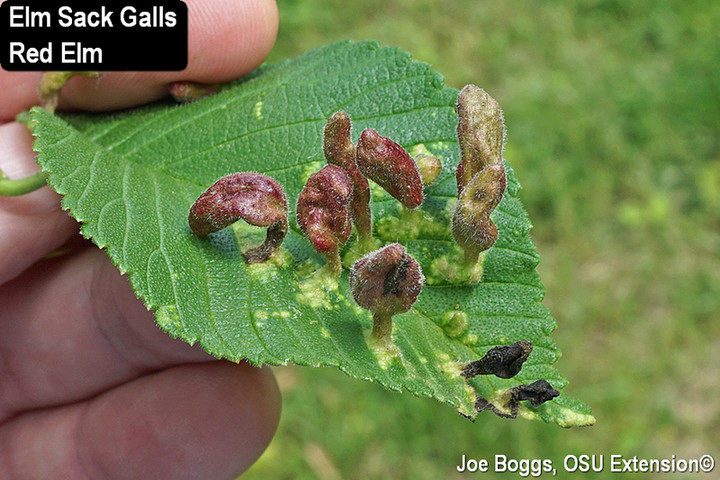 The leaves of native elms can look a bit bedraggled at this time of the year owing to rise of two types of aphid galls: the pouch-like elm sack galls and the descriptively named elm cockscomb galls. Fortunately, neither of these galls produce significant injury to the overall health of their elm tree host. Unfortunately, these odd looking plant structures can spoil the aesthetics of their deep green elm leaf platforms, unless you're a gallophile. 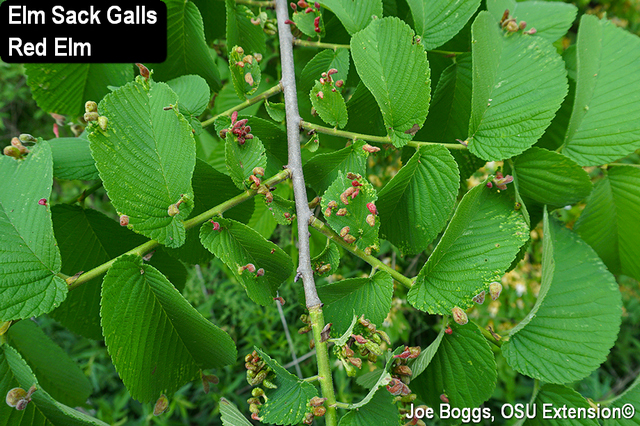 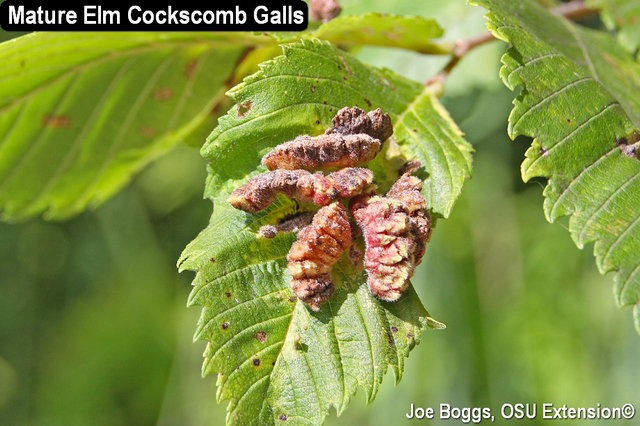 Elm sack galls (= pouch galls) are produced by a non-native European aphid,Tetraneura ulmi, that was introduced into the U.S. in the 1890s. If you find an elm in an Ohio woodland that's festooned by these odd looking galls, it's highly likely the gall-adorned tree is a red elm (= slippery elm) (Ulmus rubra); it's almost a sure-fire identification. 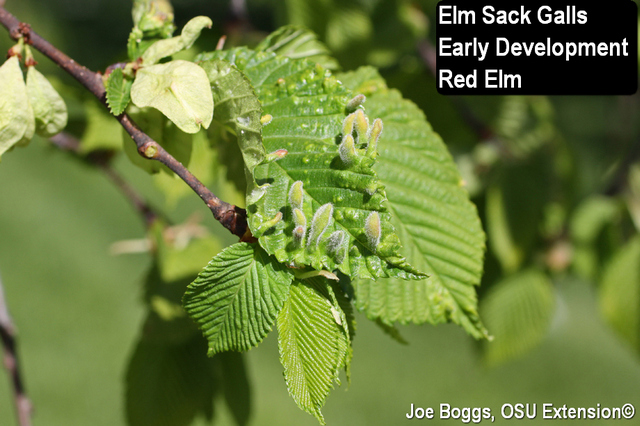 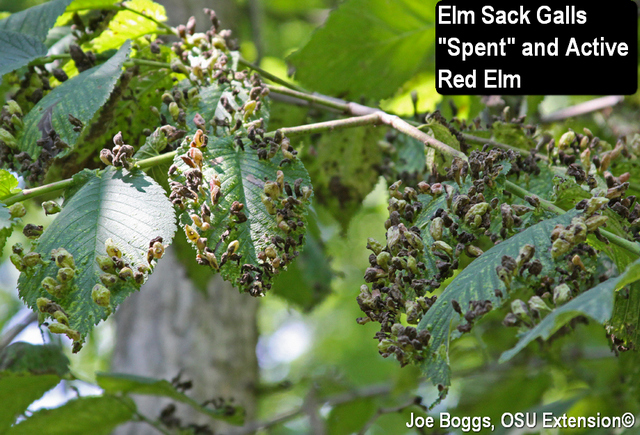 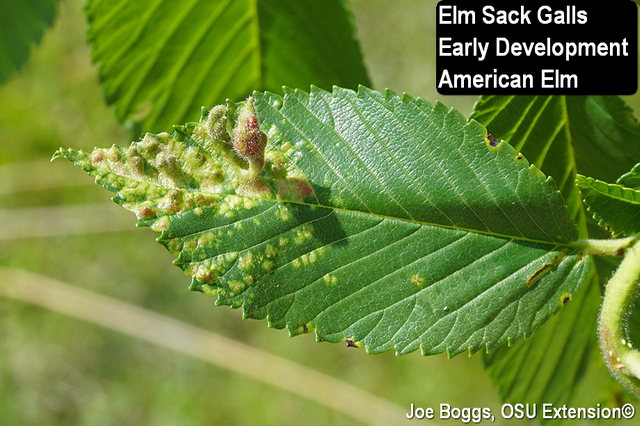 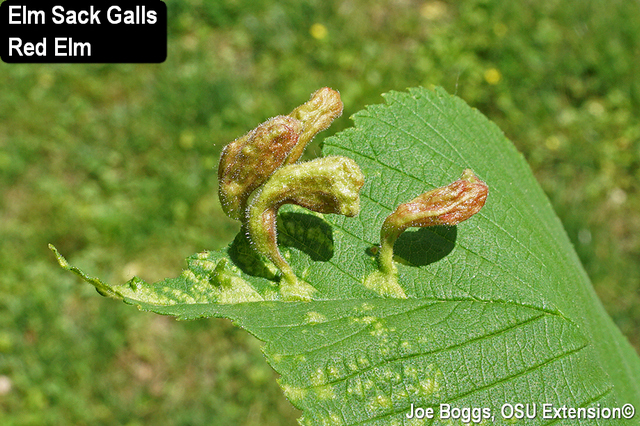 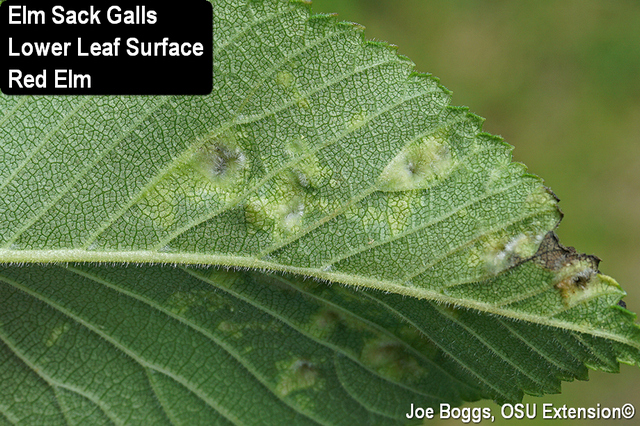 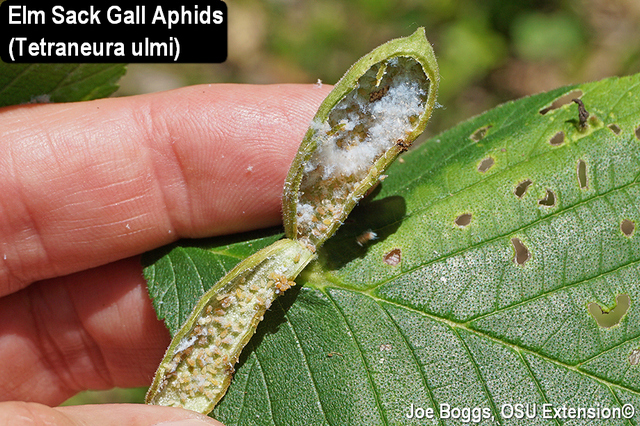 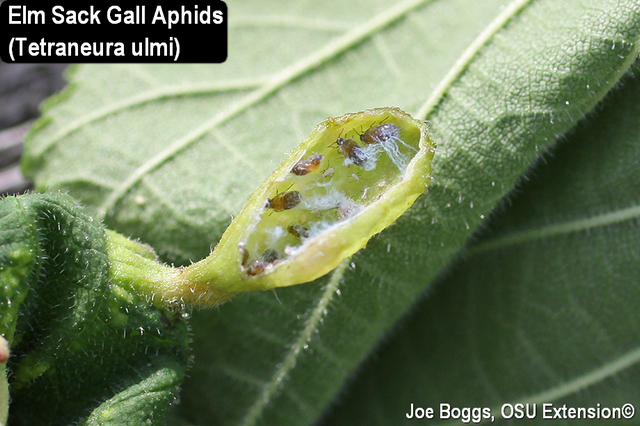 Elm cockscomb galls are produced by another aphid,Colopha ulmicola. Although I find these galls most often on red elm, I've also occasionally found them on American elms. 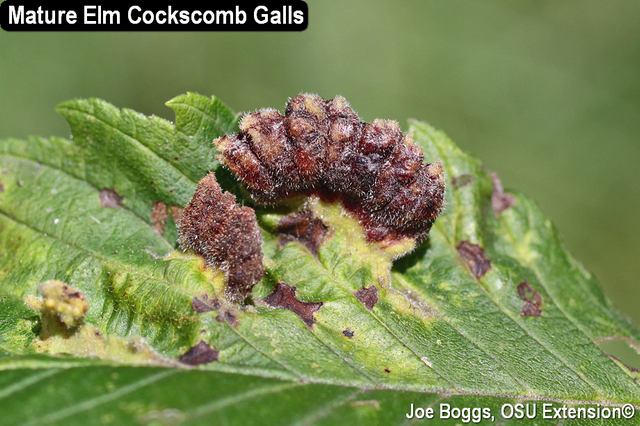 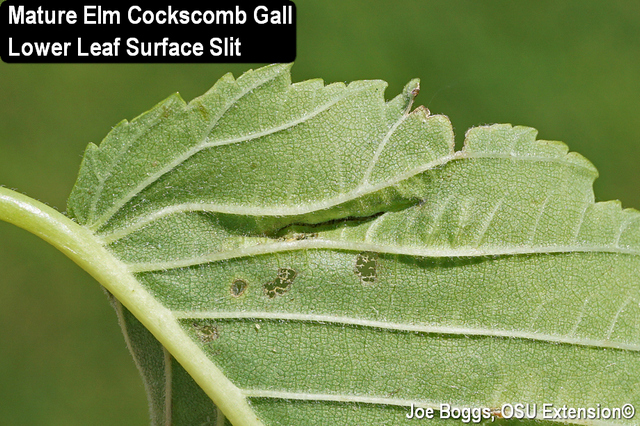 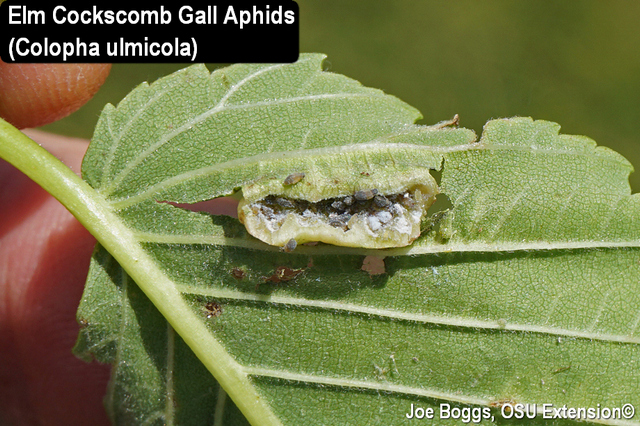 Early cockscomb galls are tubular-shaped, almost worm-like, and light green. As they mature, the galls will take-on the appearance of their descriptive common name: they will look like bright red chicken cockscombs rising up from elm leaves. It's a strange sight. 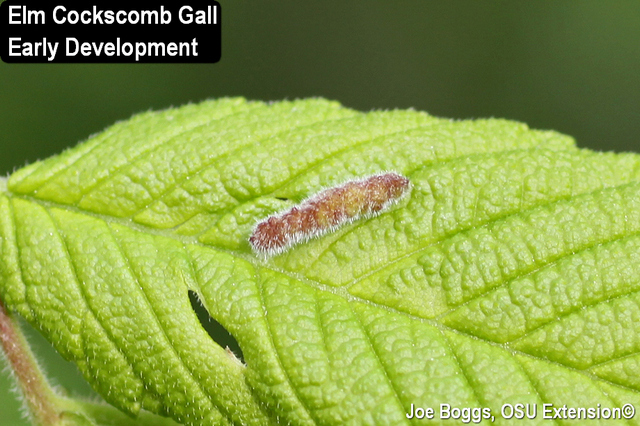 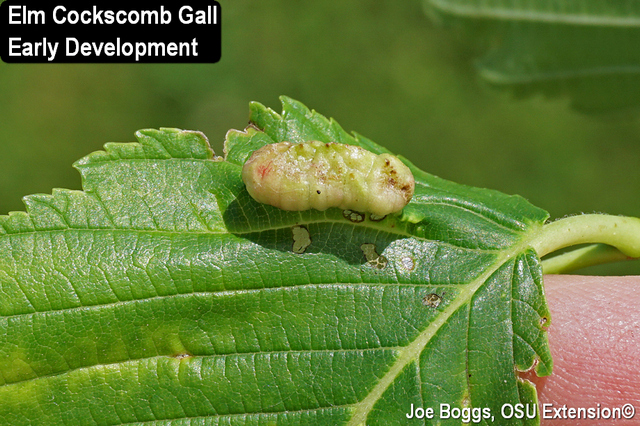 On a side note, both the sack galls and cockscomb galls release winged aphids that fly to grass plants where they produce offspring that suck juices from the roots of grasses. Indeed, an alternate common name for elm sack gall aphids is elm-grass root aphids. Their offspring fly back to elms in the fall to spend the winter in bark crevices.