One of us, Joe Boggs, recently received several queries (with attached images) about a problem inquiring minds noted on honeysuckle foliage in southwest Ohio. He correctly identified the disease as honeysuckle leaf blight, caused by the fungus Insolibasidium deformans. 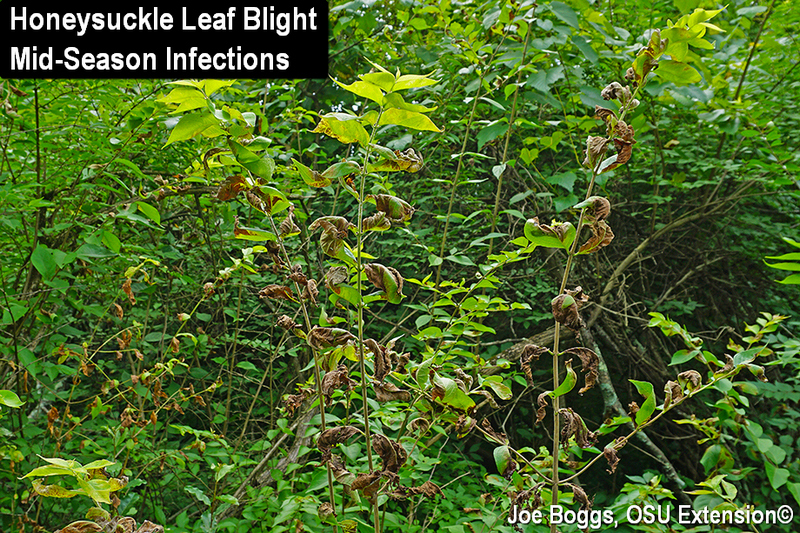 Honeysuckle may look quite damaged, but overall plant health is rarely threatened to the point of control or death 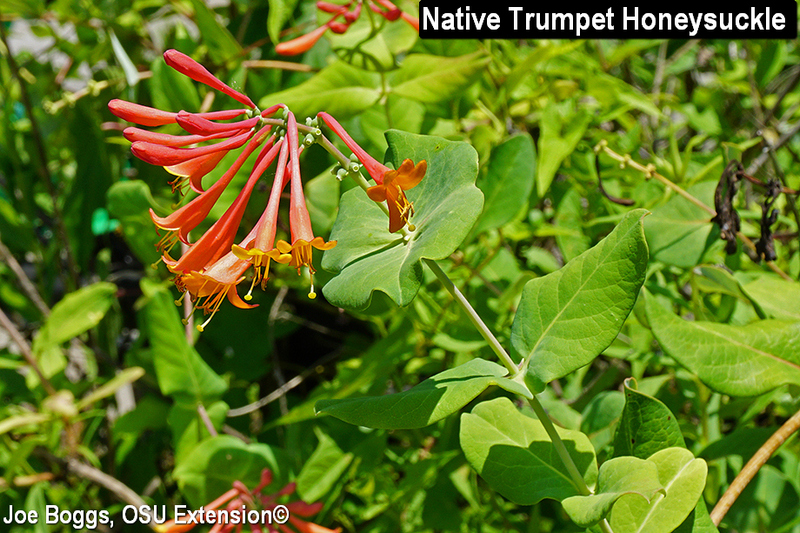 We have both followed this disease for decades, in fact I noticed it as a graduate student back in the Dirt Age. As with many diseases, it is worse (better?) in some years compared to others, dependent on spring wetness. For years Joe and I have fenced over whether it is more of an irritant than a killer on our invasive honeysuckles.

For Joe, hope springs eternal and he says that young plants are in despair near the parking lot that he regularly visits near his house. I hardly doubt this observation: after running over it with his car week by week for a decade any invasive will be knocked back a bit. Even Joe, though, notes that he has never seen it fully knock out whole plants; particularly big, well established plants.  Of course, now that he has an SUV…

As for a description symptoms of Honeysuckle Leaf Blight,  we cannot improve upon that of Teresa Cotton, in an Iowa State University plant pathology web article:

“The disease appears in the spring on newly emerging leaves. The first symptom is a yellowing of leaf tissue. This tissue becomes tan-brown and finally necrotic and dry with brown areas involving an entire leaf or a large portion of it. The lower surface of infected leaves show a silvery-white coloration, caused by the presence [the sign] of the fungus. The leaves are often rolled and twisted and drop prematurely. The fungus overwinters in dead leaves.” 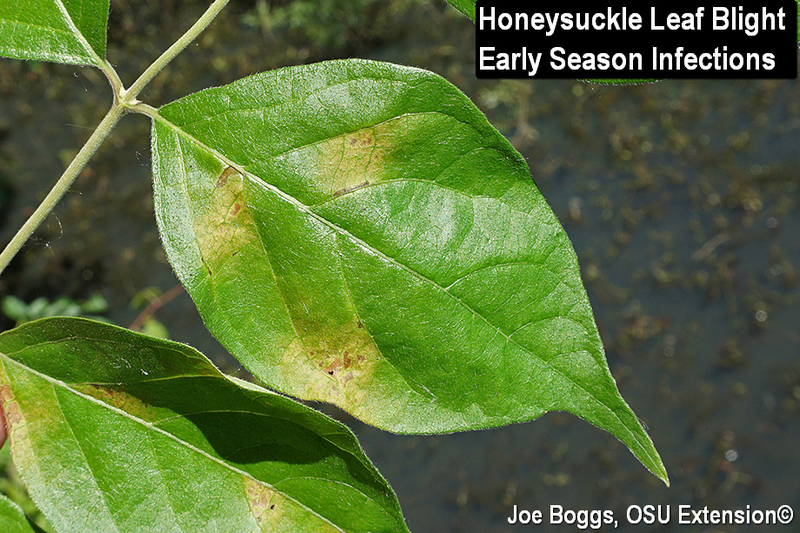 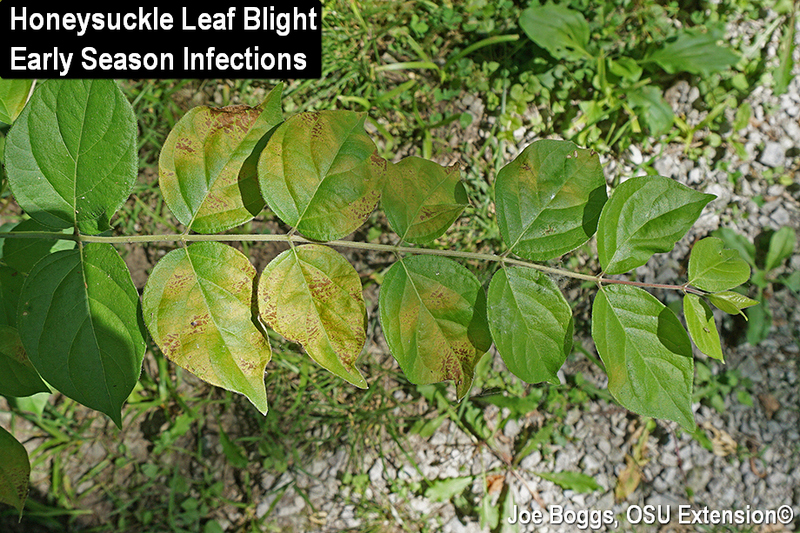 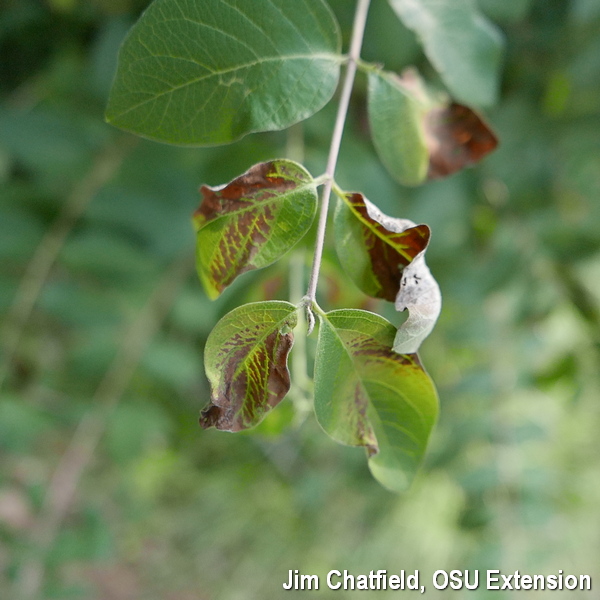 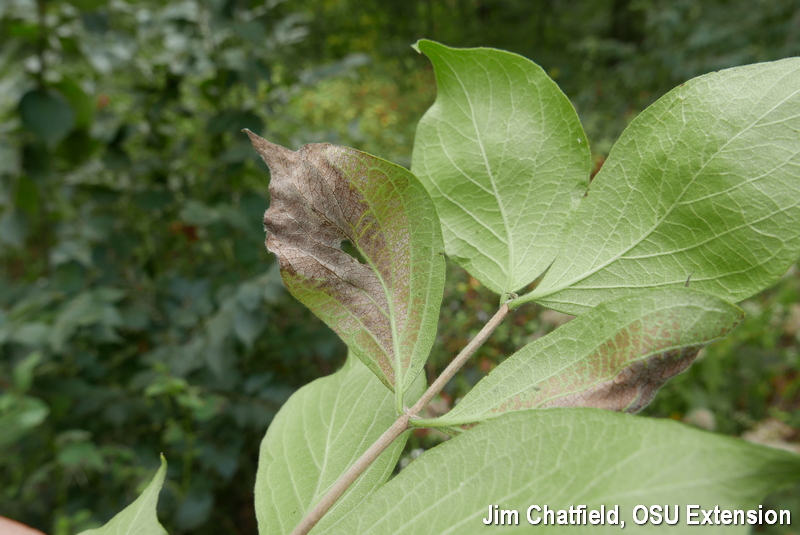 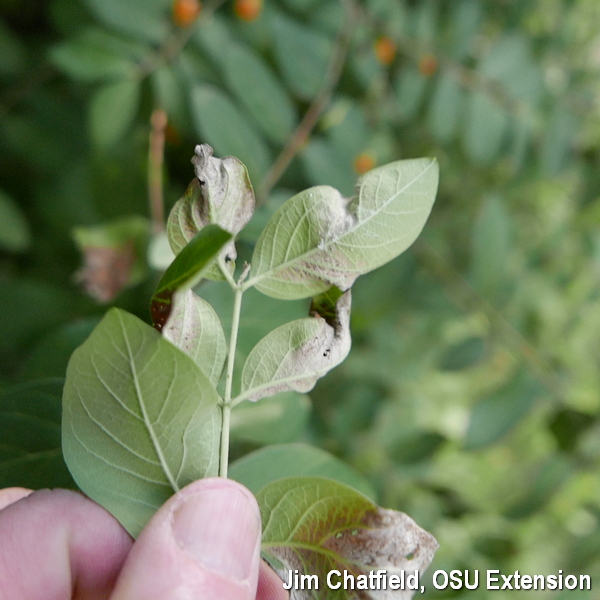 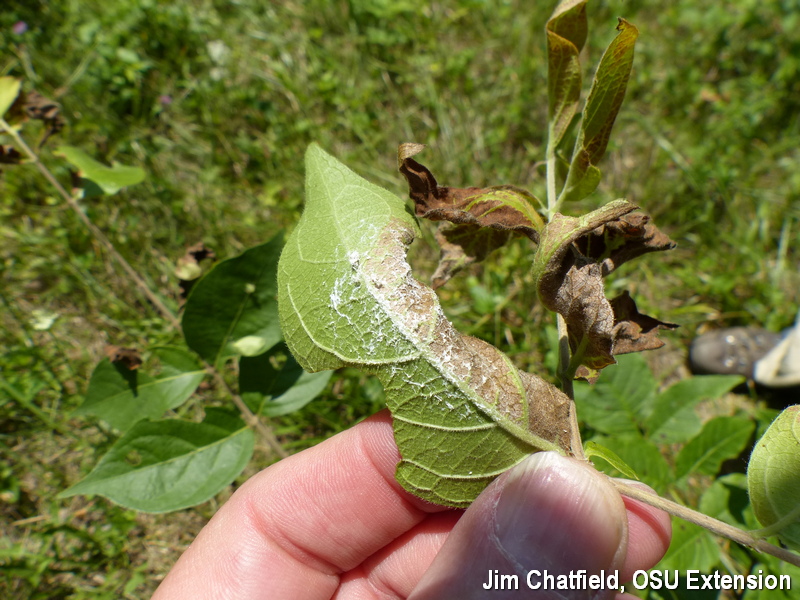 Leaf scorch is from honeysuckle leaf blight but NOT the fluffiness: that is from planthoppers. Diagnostic challenges are! so cool

Should you wish to control Honeysuckle Leaf Blight on native honeysuckles, improve air movement by thinning the plantings, be careful not to irrigate too much and irrigate early in the day, remove dead leaves with fungal inoculum on affected or fallen foliage during and after the season, and use fungicides such as suitably labeled copper and chlorothalonil fungicides as appropriate.