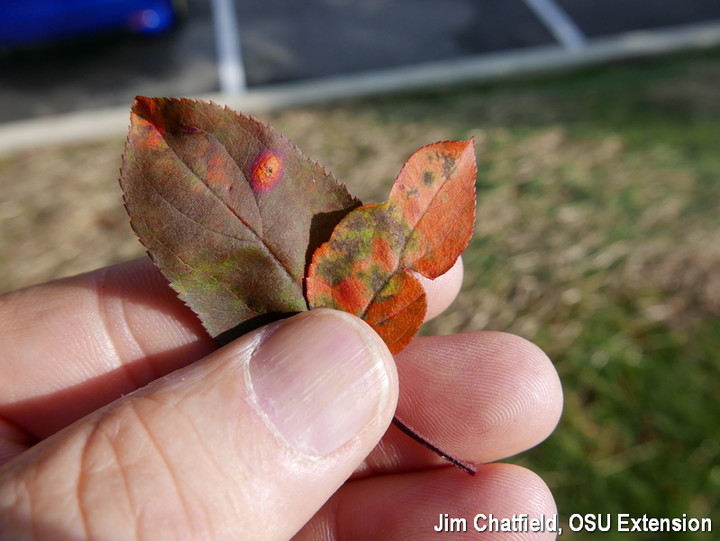 Summertime: And Diagnosis is never easy.  Even with something as dear to my pathological brain as apple scab and cedar-apple (or hawthorn) rust on crabapple. I was on a walkabout at a northeast Ohio commercial landscape two weeks ago and came upon side-by-side crabapples – and the different symptoms of these two diseases on crabapple. 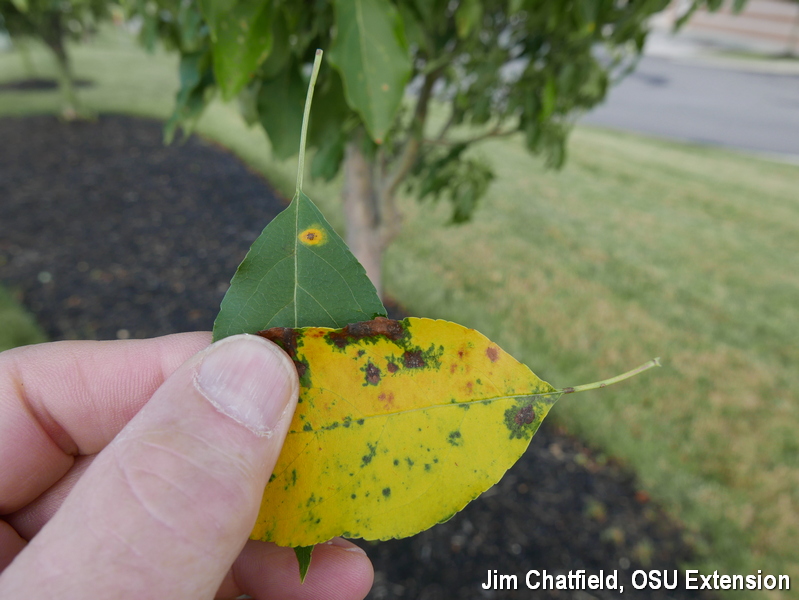 On this crabapple the above leaf has rust symptoms of an orange color. On the lower leaf there is a yellow discoloration of defoliating leaves. This contrasts with the orange-red discoloration on the other crabapple cultivar.

This brought to mind an image Joe Boggs used to show of lipstick-red rust lesions on crabapple. I claimed this was a photographic artifact. Joe insisted that this was what rust looked like; I said his brain was beginning to corrode. We were both right (not about the cranial corrosion), he was showing it like it is – but not for most crabapples with rust.

This is an interesting example of the Host component of the disease triangle: with both scab and rust the host expresses symptoms differently, reminding us that diagnostic symptom expression is variable and thus a challenge.

Further with rust diseases this is a reminder that the discoloration on top of the affected leaf is not actually the presence of the rust fungus (Gymnosporangium juniper-virginianae  or J. globosum), the “sign” of the pathogen. Rather the presence of sporulation is seen on the underside of the crabapple leaves with the spores that return to junipers (Eastern red cedar) and with spore tendrils on the junipers. The orange (and less commonly red) lesions atop the leaves are the plant’s response to the infection (the “symptoms”) of the disease. 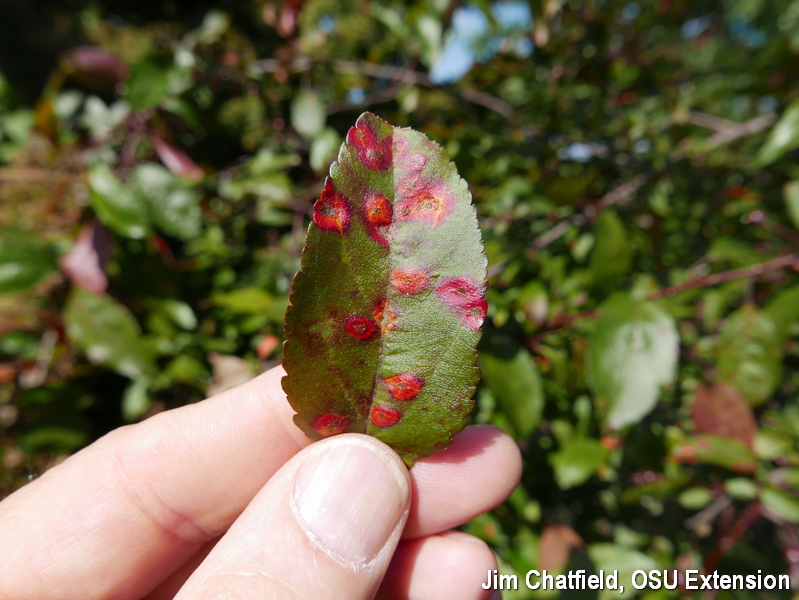 Again, symptoms of rust-red lesions on the upper leaf surface on the one cultivar. 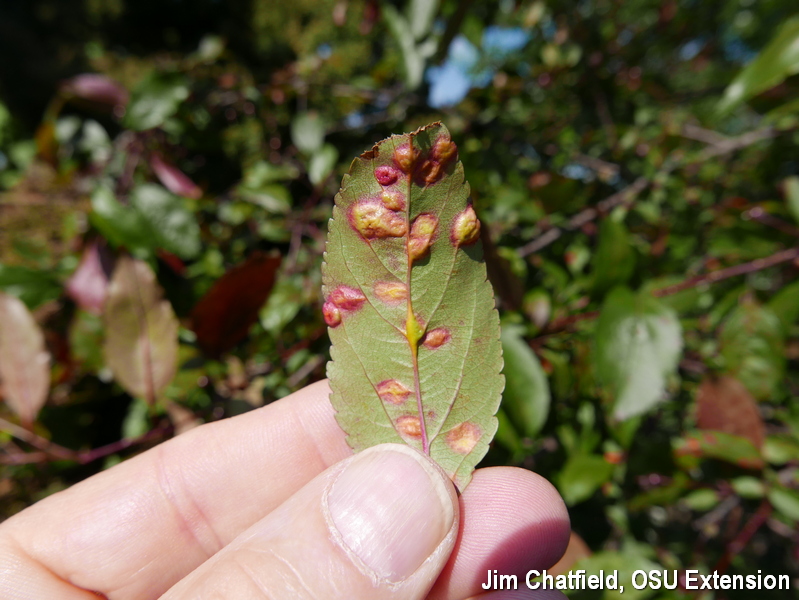 The fungus has mated inside the crabapple leaf. As of July 4, the new version of the mated fungus had not emerged from the lower leaf surface with spores that will return to junipers. It will soon. 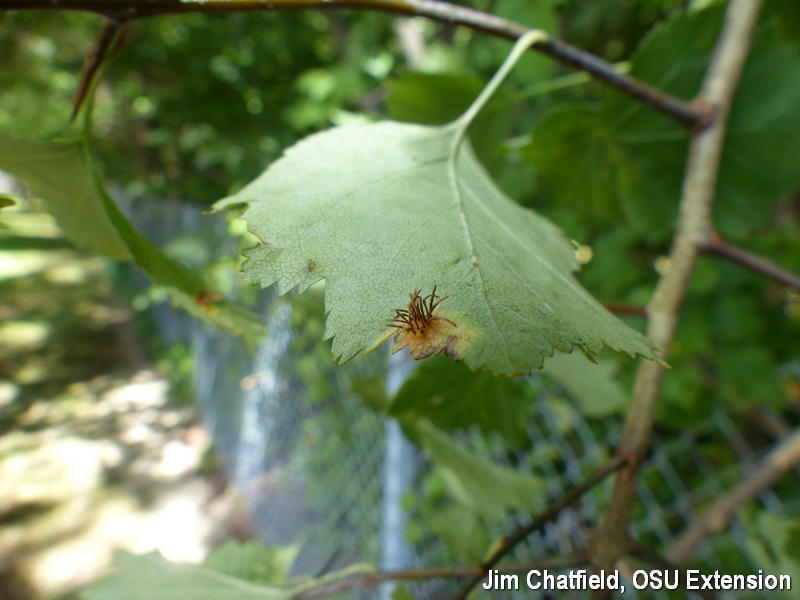 This is what the pustules of aecial spores will look like later in the season on the rosaceous host; in this case, hawthorn. 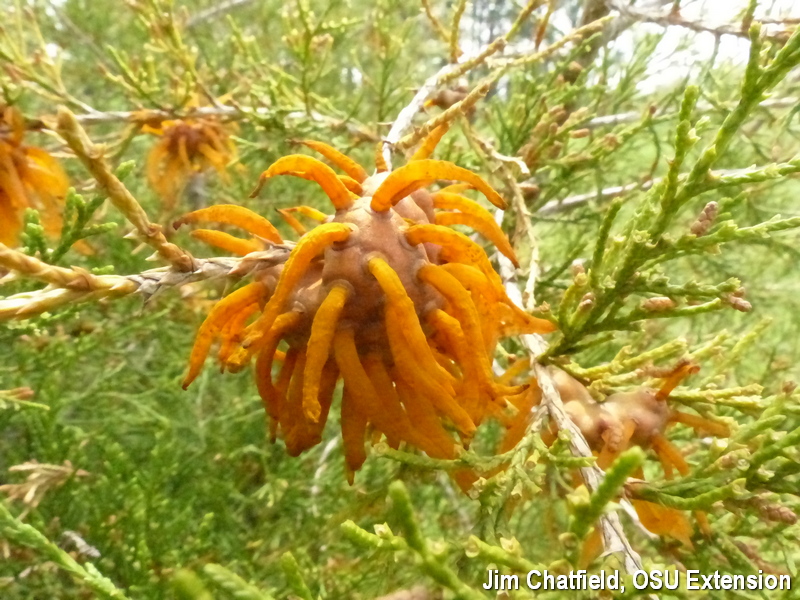 Other diseases induce variable symptoms as well, such as that of Guignardia leaf blotch of buckeyes and horsechestnuts, from brown to red, and with yellow edges. Just one of the dilemmas and delightful aspects of plant problem diagnostics. Speaking of which look for these upcoming diagnostic workshops and walkabouts. And, there are many more. 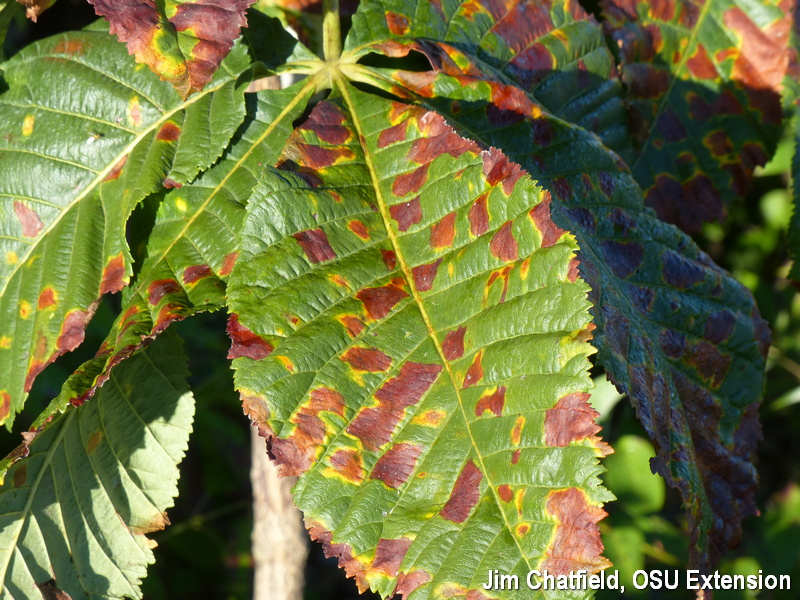 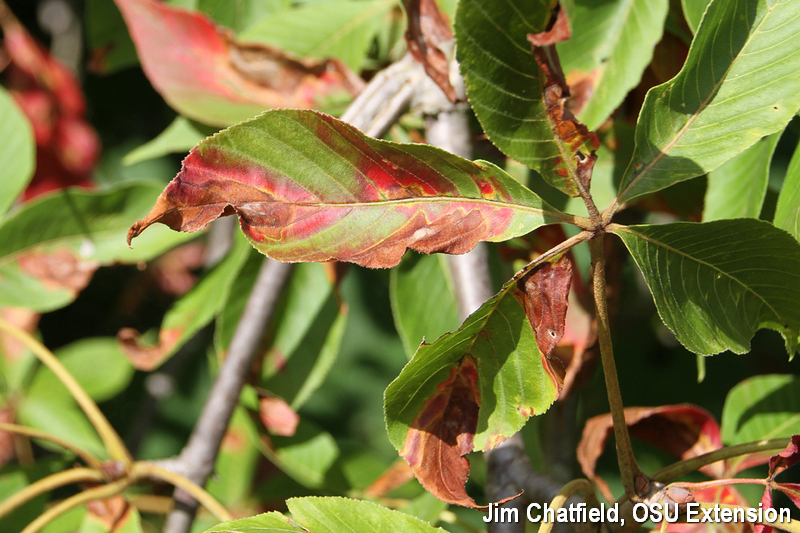 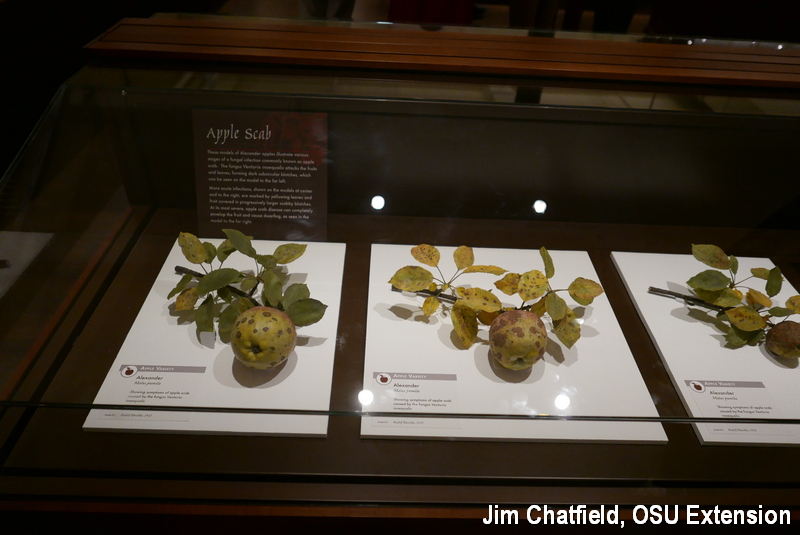 Check it out. Thousands of glass flowers and here, apple fruits and leaves with apple scab disease at Harvard.  More later on this wondrous exhibit.