At the end of August my husband asked me what the heck was flying all around the gourds that were planted in the garden.  I was quite shocked at the population of spotted cucumber beetles!  I have never seen that many in one spot.  The were not only eating the foliage of the gourds but were feeding on the gourds themselves.  They were also on the thistles that were growing in the garden (yes, I have a weed problem!).

After spraying the plants (thistles included - must protect them too) with a product containing pyrethrins, I noticed that many of them left the area quickly only to settle on some of my nearby perennials.  I kept an eye on them for a few days and then forgot about them.  Last week, while sitting on the back porch, I was extremely annoyed by the spotted cucumber beetles once again; this time they were on my salvia, lantana and other annuals in my containers.  Again, the populations were so high that we were swatting them away almost like mosquitoes (which, by the way, are annoying right now as well).  I didn't spray these plants as the pollinators were still working them aggressively. 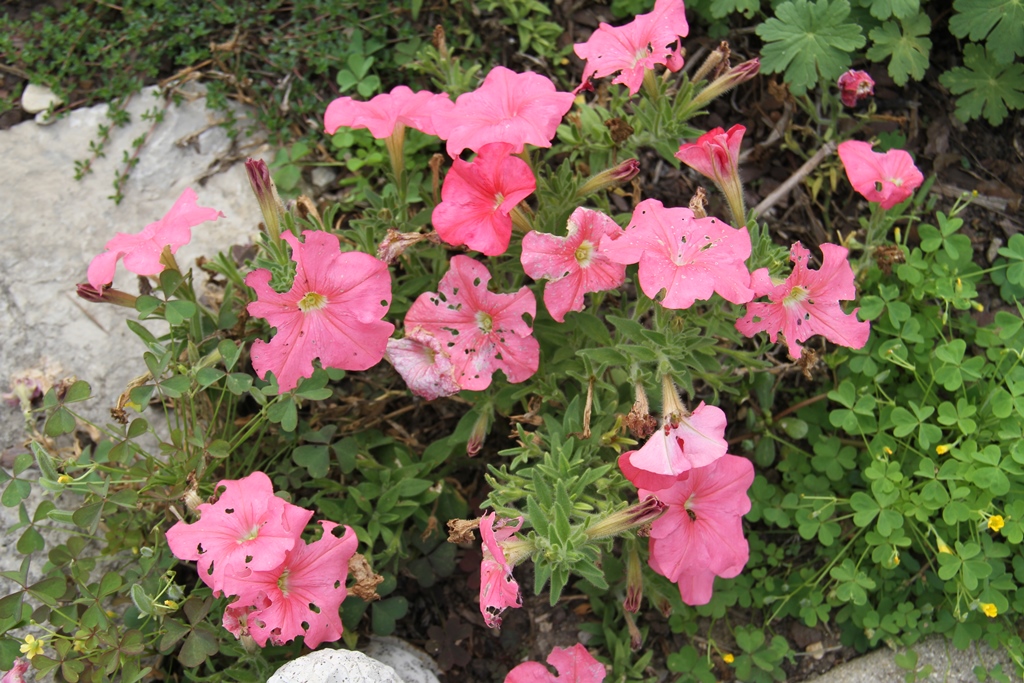 Take note!  Every few years it seems that there are high populations of spotted cucumber beetles that have moved from vegetable gardens into the flower beds.  They love to feed on the supple, tender sweet petals of dahlia, mum, petunia, portulaca, sunflower and many others.  Joe Boggs did a quick check in his area and found them feeding on Jerusalum artichokes.  Joe also noted that this is his "go-to indicator plant" when inspecting for this pest in his area.  They seemed to be working the salvia but not actually feeding on it. 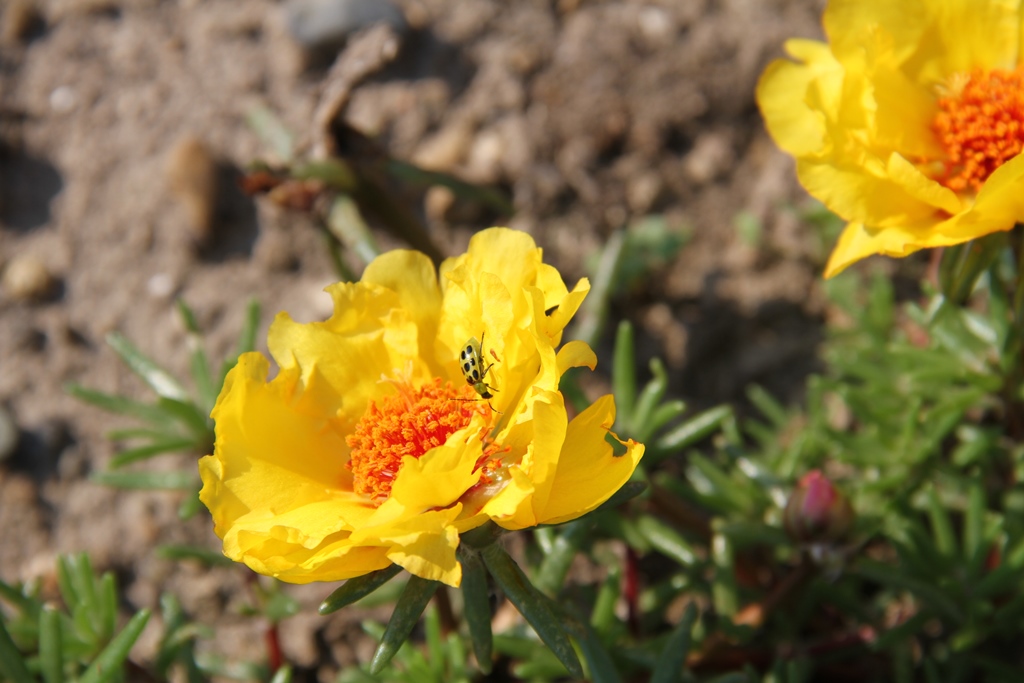 The problem when they feed on some of our annual and perennial flowers is that they like to burrow down into the multiple-petaled plants (dahlias, portulaca), only to be discovered when the flowers bloom.  The petals are riddled with holes and by that time it's too late.  Start inspecting your flowers now for these pests and knock them into a bucket of soapy water or use recommended sprays.  If you spray, make sure to follow the label to protect pollinators, however. 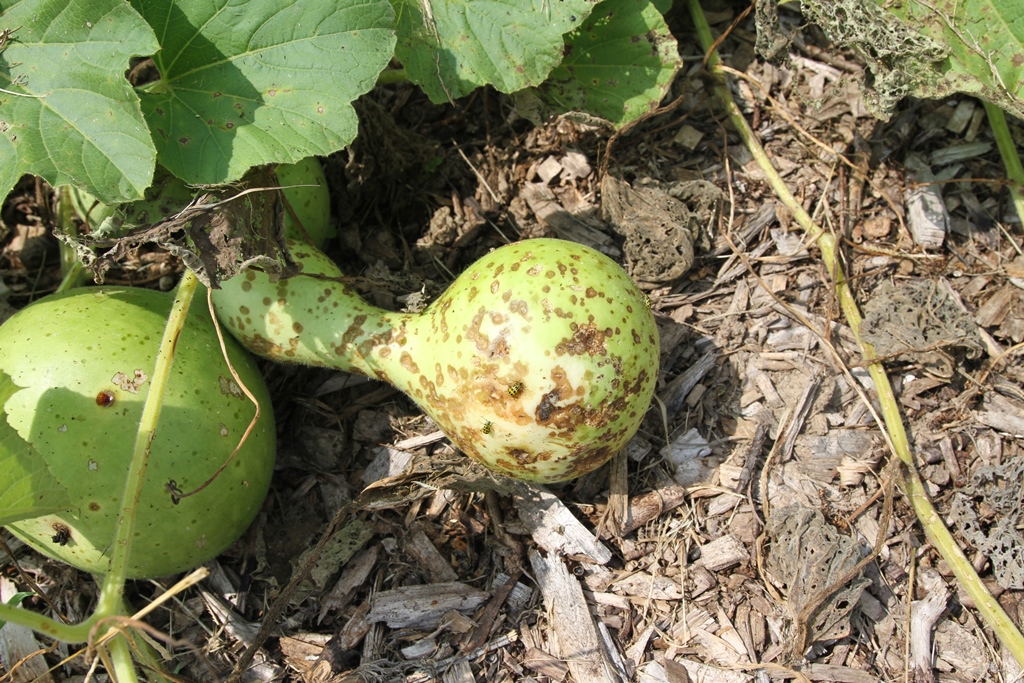 I would recommend that if you have high populations such as I do this fall, you might want to monitor your vegetable garden early next season.  Manage them early in the season to hopefully avoid the populations I have right now! 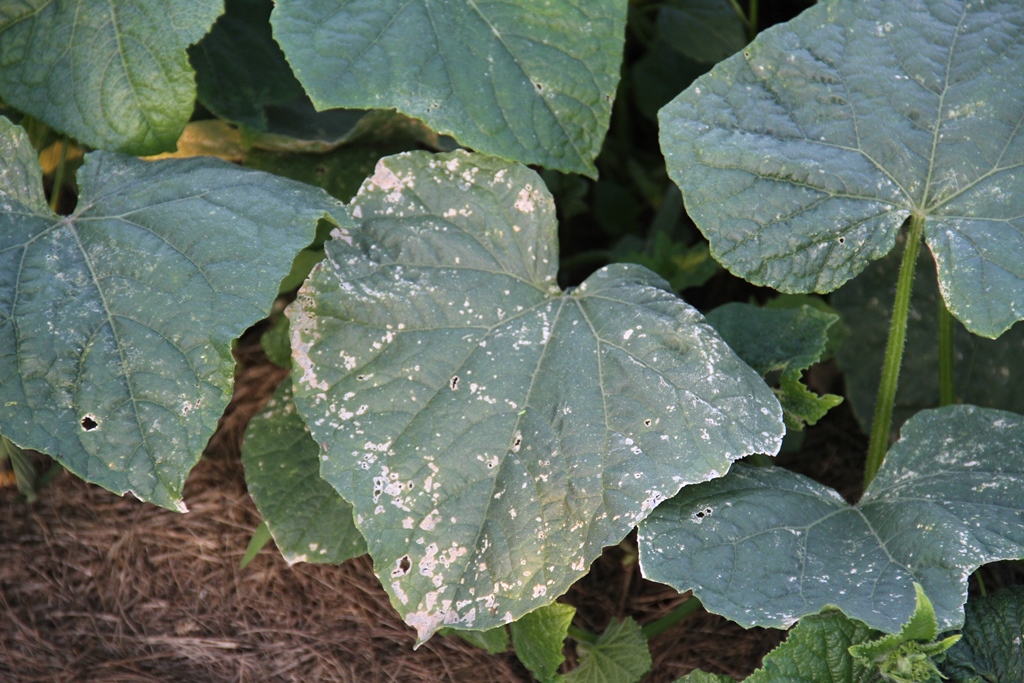