“The snow was endless, a heavy blanket on the outdoors; it had a way about it.  A beauty.  But I knew that, like many things, beauty could be deceiving.”  ― Cambria Hebert, Whiteout

Damage to trees and shrubs by heavy snow and ice accumulation, or by snow removal efforts, may produce plant symptoms that don't become evident until late spring or early summer.  Connecting cause with effect can be difficult because the source of the damage is long gone by the time symptoms appear. 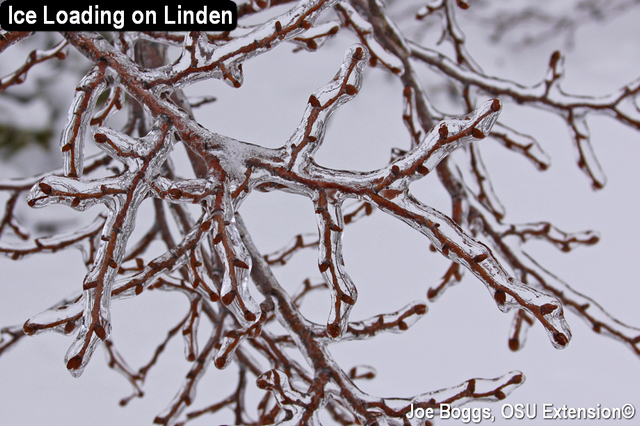 Outright branch breakage remains obvious and easy to diagnose.  However, serious damage to the vascular xylem may occur without branch breakage.  Test this for yourself by listening closely as you slowly bend a winter-rigid tree branch.

The slight cracking sounds you hear before the branch snaps is not just the structural matrix failing, it's also the vascular tissue slowly coming apart.  If the branch doesn't break, the subtle disruption of vascular flow may not be revealed until late spring or early summer when leaves or needles on random branches rapidly turn brown.

Snow removal efforts can also lead to difficult-to-diagnose damage this coming growing season.  Of course, snow removal on streets, sidewalks, and parking lots is a necessity for safety reasons. 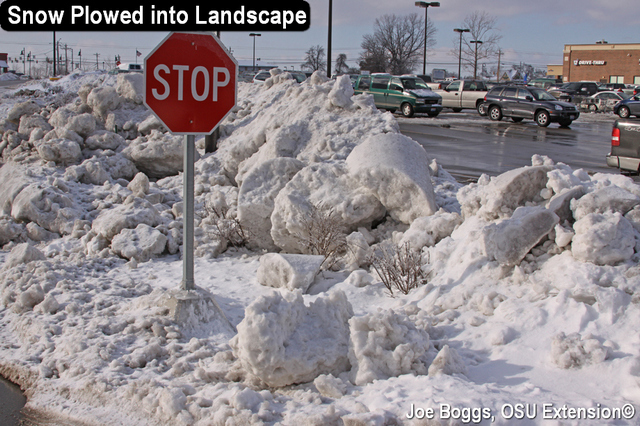 On the other hand, spring snowmelt may reveal less-than-careful snow removal efforts.  Large gouges in tree trucks.  Broken branches on both trees and shrubs.  I took pictures a few years ago of a large yew that had been ripped from its root moorings by an overzealous plow operator. 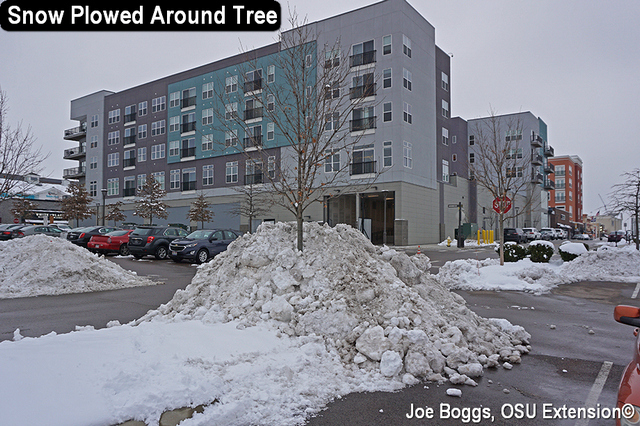 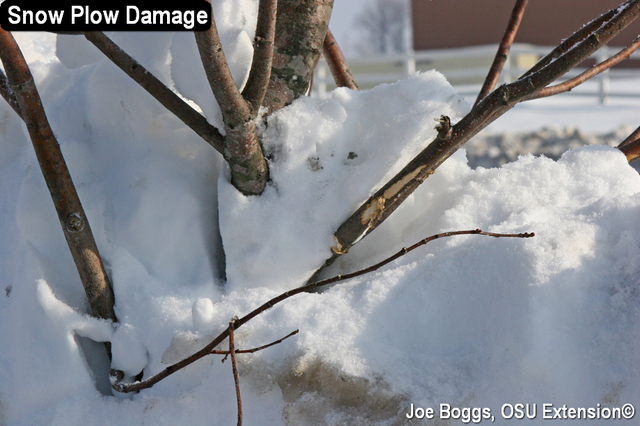 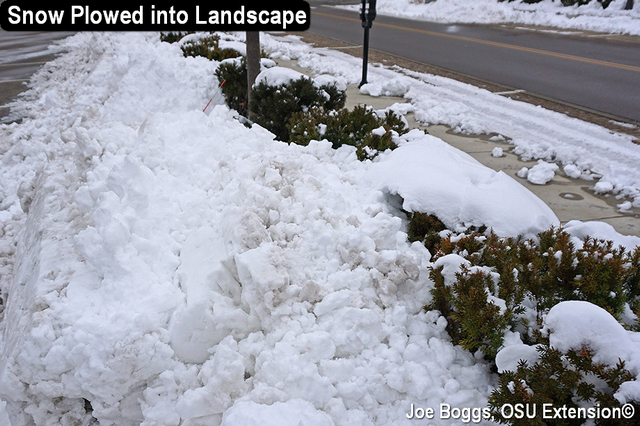 The springtime bands of brown grass or browned shrubs next to sidewalks, driveways, and roadways are a dead giveaway that salt or some other deicing compound were used during the winter.  However, salt-ladened snow thrown by a snow blower may provide one explanation for plant damage caused by high soluble salts concentrations in soils far from an obvious source (e.g. sidewalks, driveways, etc.). 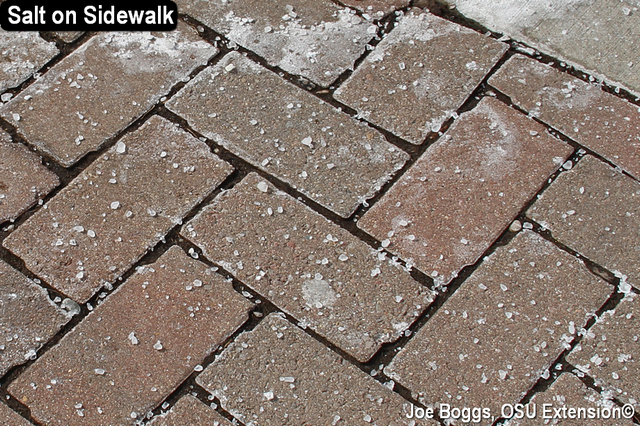 Sometimes, plant damage simply cannot be avoided.  The challenge will be matching cause with the effect this coming spring.  It's important to make notes now on where and how much snow was plowed into landscapes.  Was the snow-laden with salt?  How much and how often was a deicing chemical used? 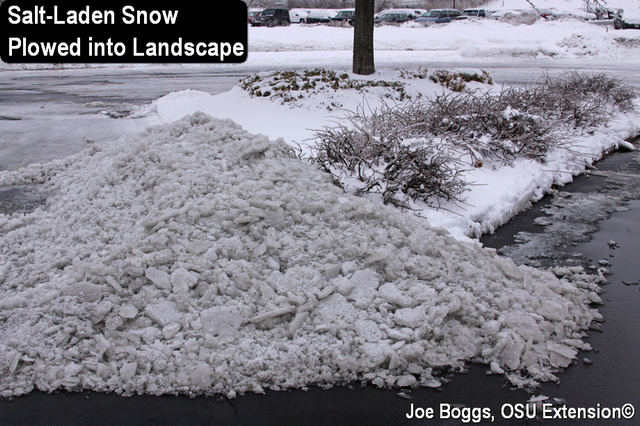 This is not about playing the blame game.  It's about successfully diagnosing the myriad of plant damage symptoms caused by snow, ice, or snow removal this winter that may appear this coming growing season.  Written notes can provide a helpful diagnostic context because our memories tend to melt away like snow.

"Snowflakes are one of nature's most fragile things, but just look what they can do when they stick together." ― Vista M. Kelly