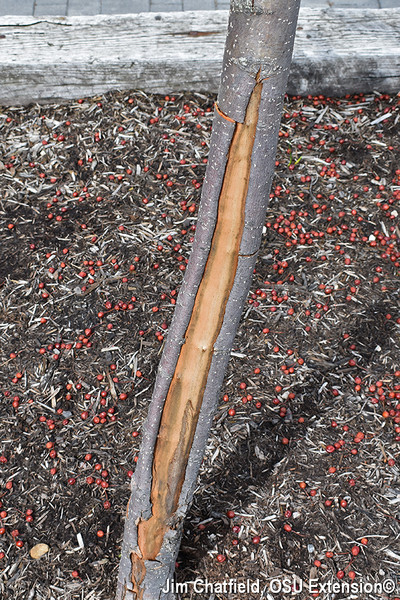 One of the intemperate dilemmas for plants in the off-season is stem damage known as “frost cracks”. It is not completely understood, but one working theory is that with rapid temperature fluctuations, water in stem cells moves out of the cells during warm weather, freezes, and damages the shrunken stem cells. Longitudinal cracks in the trunks then develop. 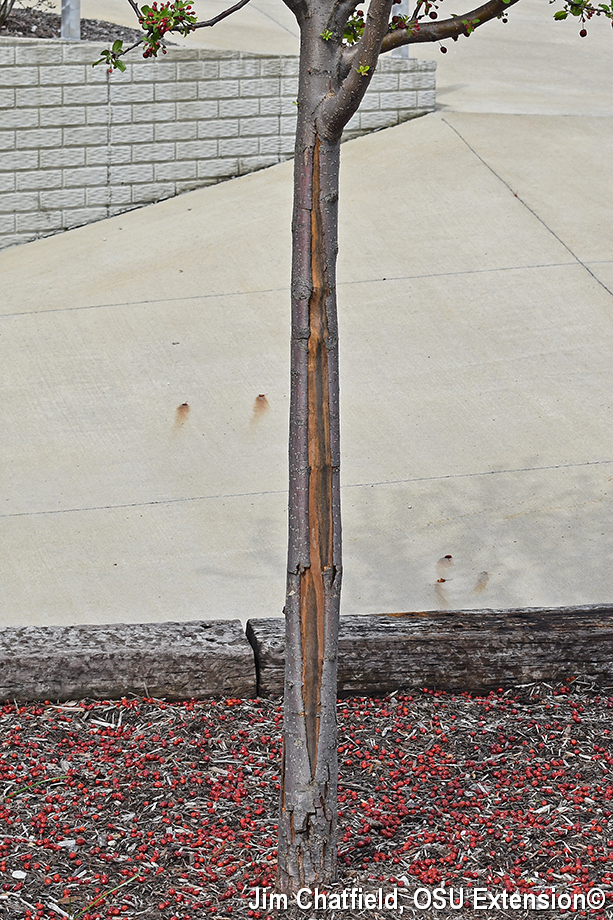 'Sentinel' crabapple with longitudinal cracking. Fruits are from last year.

Precisely what conditions result in frost cracks on a particular plant and did we see a lot of this resulting from the winter of 2018-2019? This is difficult to answer since sometimes damage to the stem is not apparent until later in the growing season, but we have not heard of widespread damage this spring. Did rapid temperature plunges occur on certain days this winter or early spring – hard to say depending upon the particular plant microclimate. However, herein is one seemingly clear-cut case of crabapple crime. 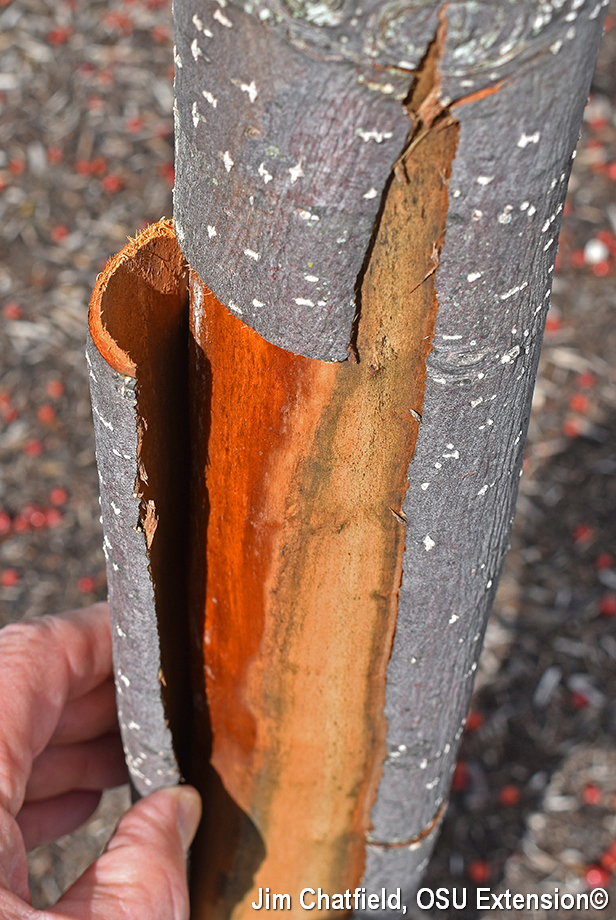 One clue is that the northeast Ohio ‘Sentinel’ crabapple in question is thin- and smooth-barked when young and crabapples and apples (the genusMalus) are one of the trees, along with maple, beech, lindens and others that are particularly susceptible to frost cracks when young. Second, damage from frost crack is typically worst on the southern or southwest exposures of the stems, and that was the case for the each of the trees in this incident. 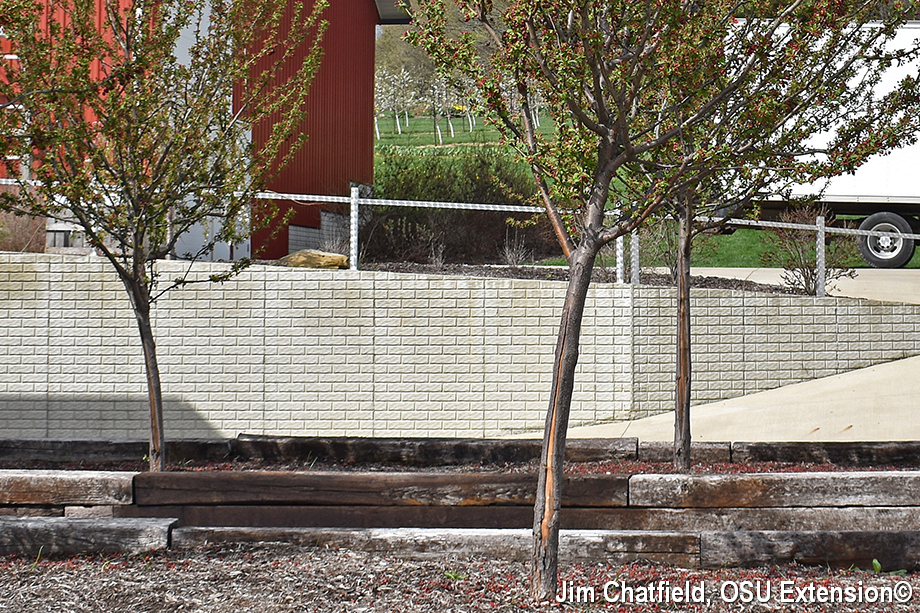 What is the prognosis for these trees? Damage may cause problems, primarily by exposing the stems to ingress by pests and pathogens. However, frost cracks are not necessarily harbingers of doom. Otherwise healthy trees often develop good callus at the edge of the cracks and proceed into their teens and on to older age. Time will tell. Clean up the crispy bark along the edges and employ typical plant health maintenance. 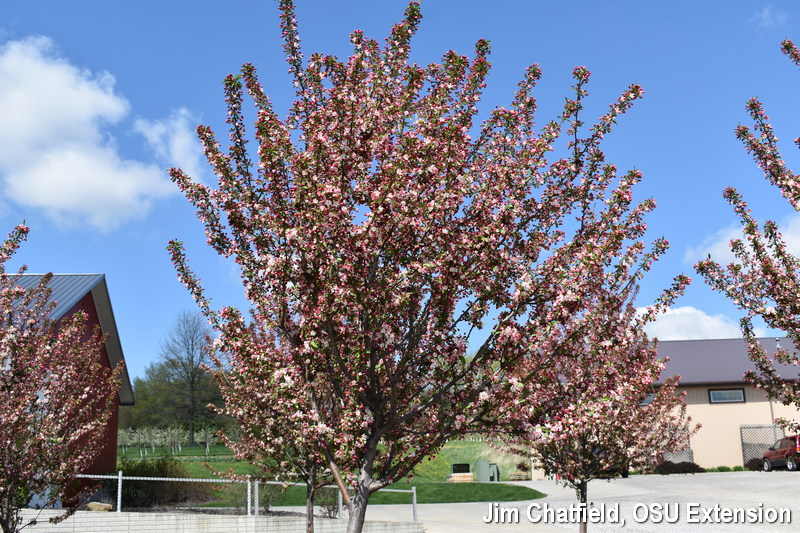 A week after damage was noted, the 'Sentinel' crabapples are now blooming. Time will tell if they will recover from the cracks.

What can be done to prevent frost cracks in the first place? The most typical approach is the use of tree guards or white latex paints on the trunks of young trees of susceptible species. The idea for this is to protect the tree from overheating during the heat of a winter or early spring day in which rapid temperature plunges then occur. This is why orchardists paint the trunks of fruit trees in order to reflect the heat of the sun during the warm period of the day. 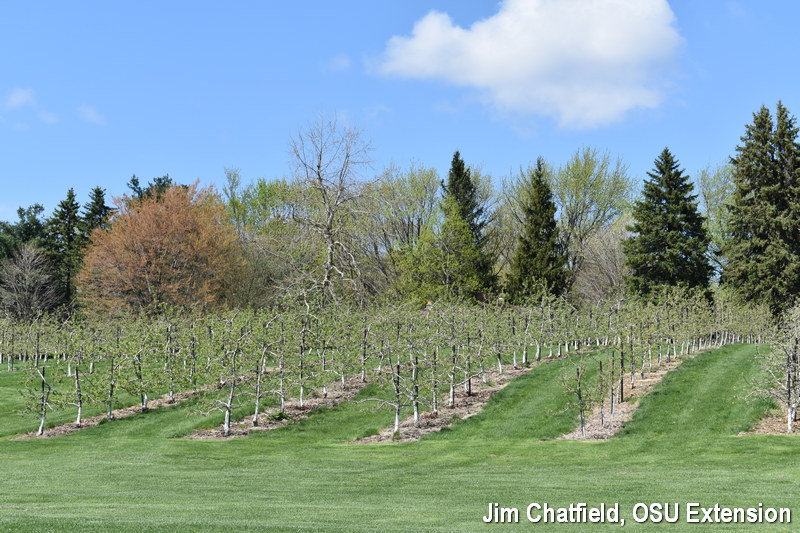 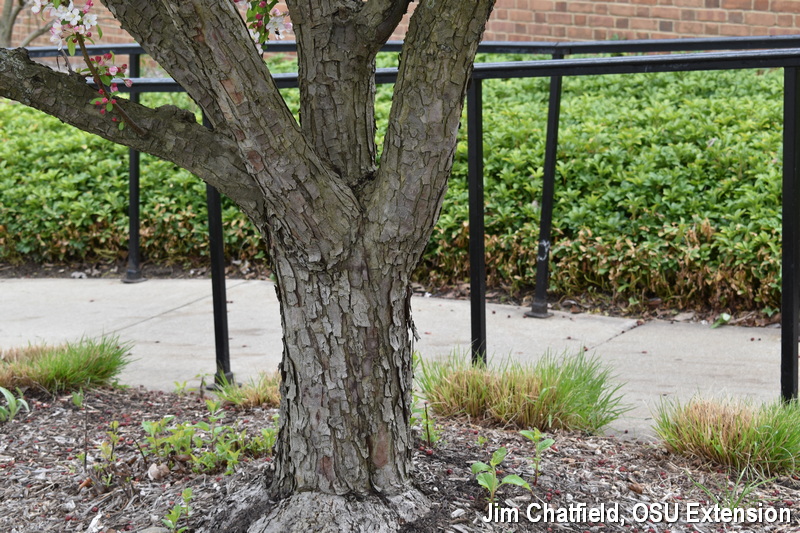 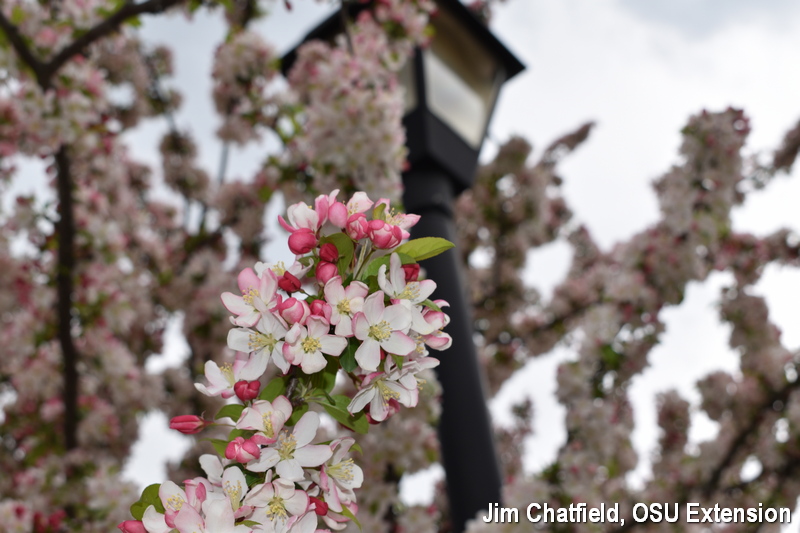 The beauty of 'Sentinel' crabapple in Orrville, Ohio, with pink-red buds opening to white flowers

These measure are less commonly seen with crabapples then apples, but it is a good idea. “Sentinel” means “to guard, to stand and keep watch.” Apparently, this ‘Sentinel’ crabapple, this member of the “Night Watch”. failed in its vigil at this place in this time. 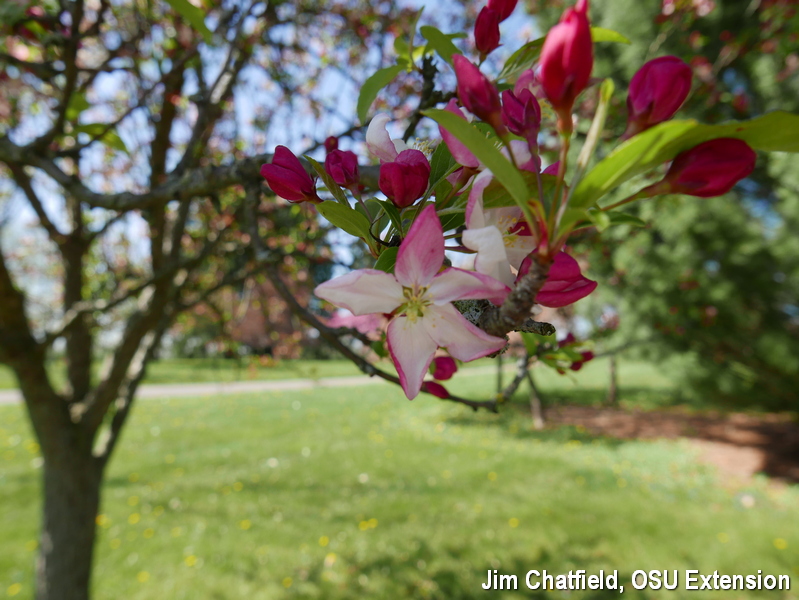 'Sentinel; crabapple opening at Dawes Arboretum in Newark, Ohio, on May 1 of last year, about a week later for this location compared to this year.