Early today, a NW Ohio resident called the Extension Office concerned about the leaves on her azaleas. She described the leaves as beginning to appear contorted and that there were growths that were thickening. The problem seemed to be getting worse and covering more of the leaves. The homeowner had several plants near the house's foundation and another plant along a sidewalk. All were exhibiting similar signs and symptoms, but some were more infected than others. 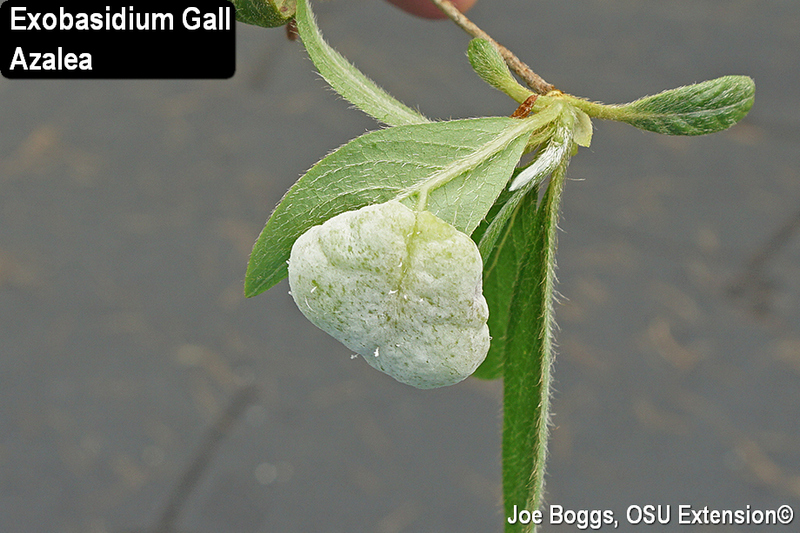 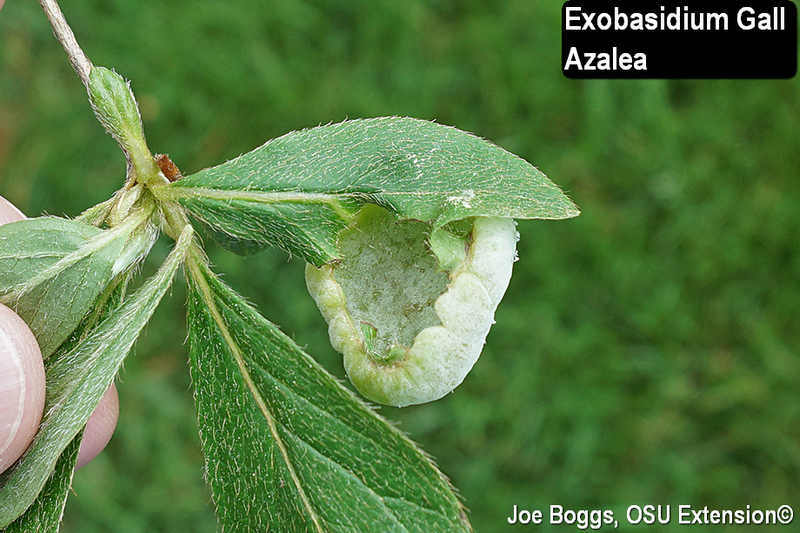 After talking with her and confirming what she was seeing with photographs on-line, we concluded that what she was dealing with appeared to be the azalea gall. The galls she was seeing where pale green, but they can also be shades of pink, brown or white. They are caused by the fungusExobasidium vaccinii.In this particular situation, the galls were located on the leaves, but they have also been observed on branch tips, flower parts, and seedpods. 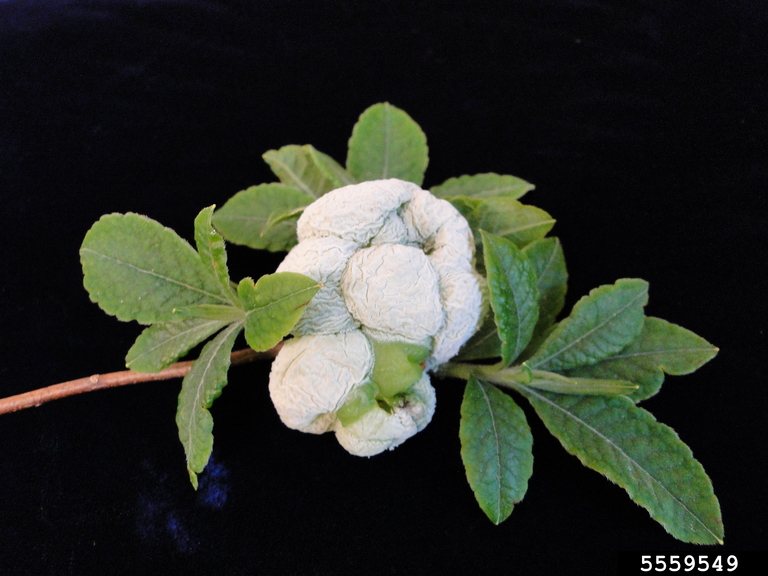 Exobasidium vacciniialso infects plants in the Vaccinium genus including blueberries and cranberries where it produces bright red, swollen spots on the leaves and fruits.

Cornell University has an excellent FactSheet that I suggested the homeowner read and have included the link below for BYGL readers. The FactSheet includes information about the signs and symptoms, disease life-cycle, and management strategies. The sentence that made me chuckle was "This disease is not usually a serious problem unless wet conditions prevail for long periods of time." The ideal weather conditions for this disease to occur is something that we have been living all spring - at least in NW Ohio.