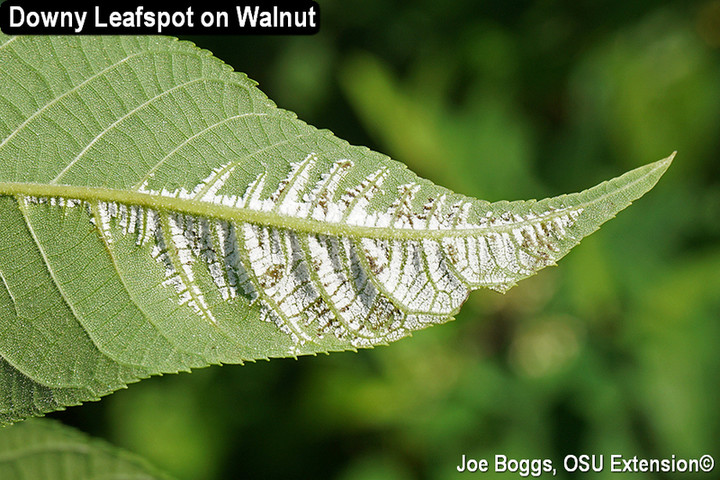 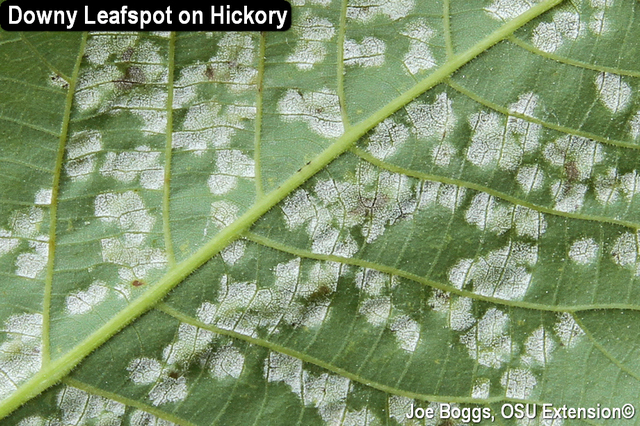 The disease is also calledyellow-leaf blotchorwhite mold, but don't be misled by the "downy" or "mold" in these common names. "Downy mildew" generally refers to diseases produced by Oomycetes, also known as water molds, which are a group of organisms that are far removed taxonomically from fungi.

The "downy" in downy leafspot refers to the white fungal structure that occurs on the lower leaf surface. In plant pathology parlance, this is the "sign" of downy leafspot because it's the actual fungus in full view. The fungal signs vary in size and shape from distinct circles to broad masses and tend to occur near leaf veins. 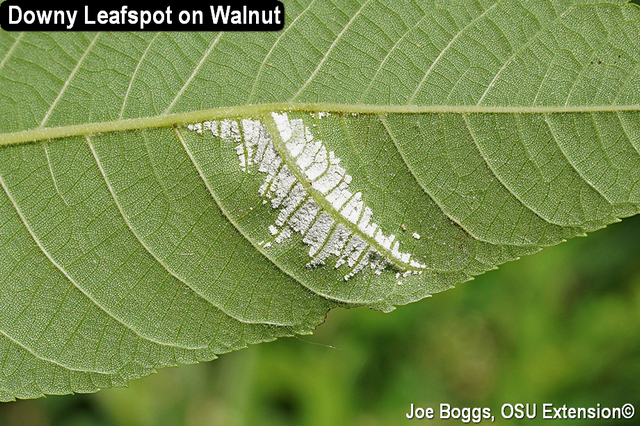 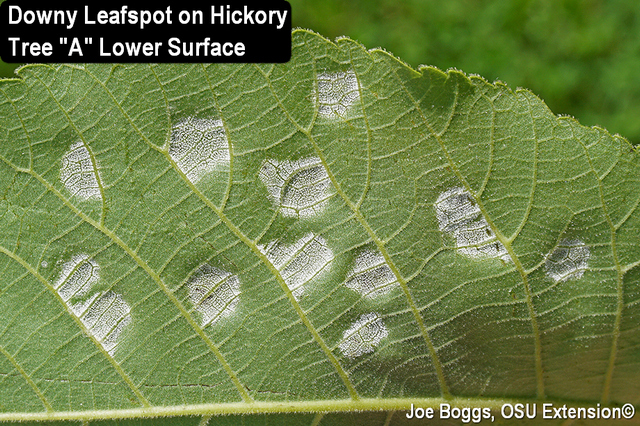 Disease symptoms on the upper leaf surface appear as raised, chlorotic tissue and are responsible for the "yellow-leaf blotch" common name for the disease. The symptoms exactly correspond in position, size, and shape with the fungal signs on the lower leaf surface. 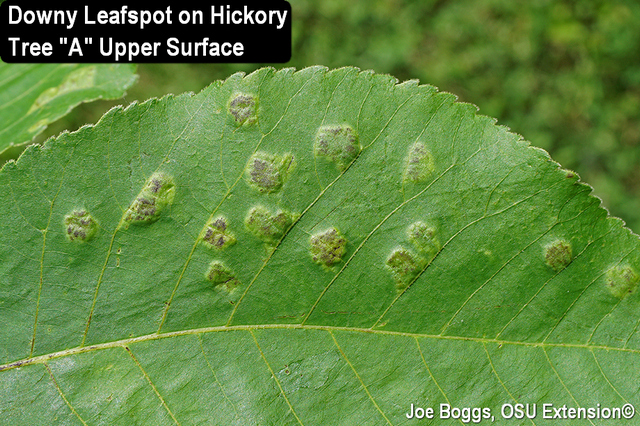 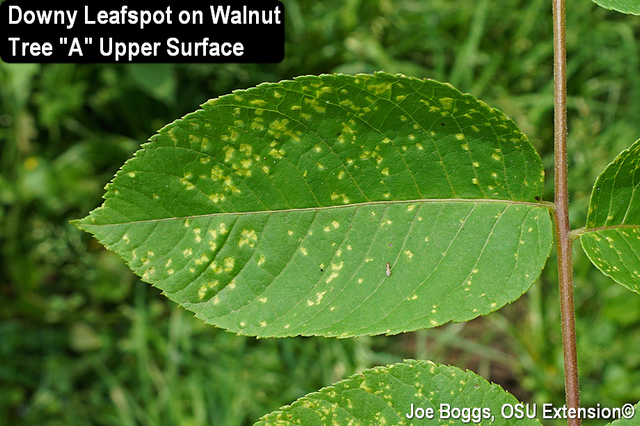 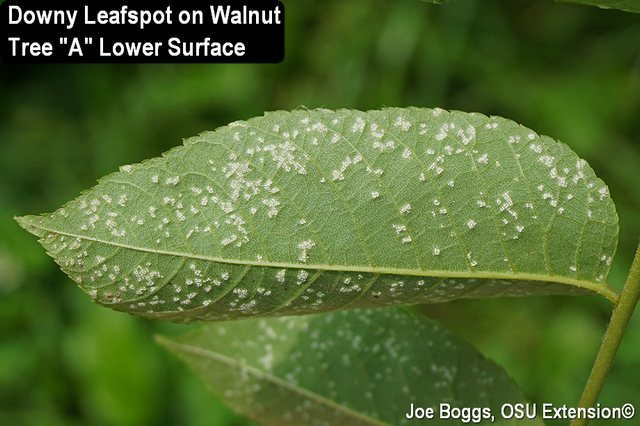 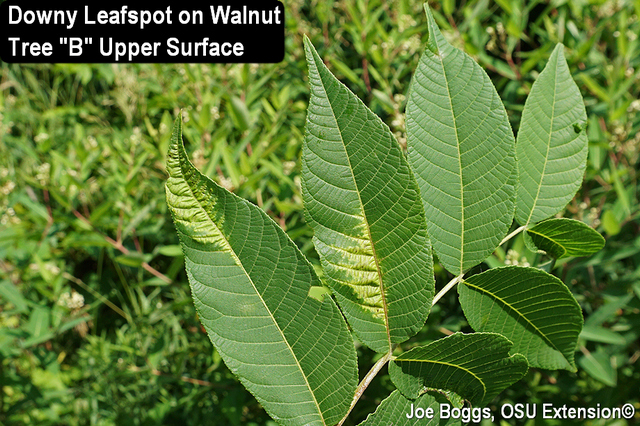 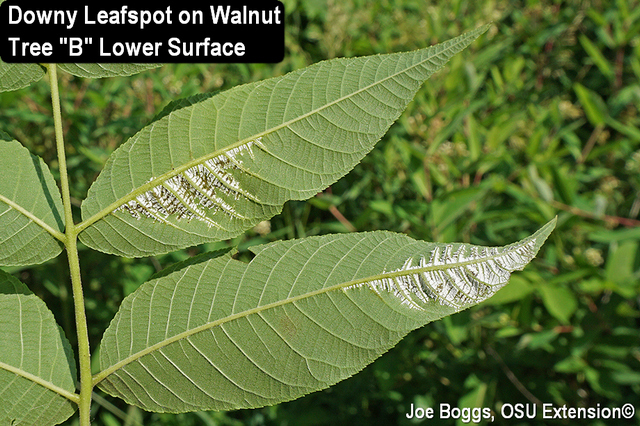 Infections on the outer husks of the fruit appear at first as small, dark spots that expand in size as the fruit expands. The edges of the spots may become brown or black and slightly sunken while the centers remain green.

The online literature notes that severe infections can produce witches'-brooming at the tips of affected branches. Although I've never observed or photographed this symptom, it's described as masses of multiple stunted twigs covered in malformed, chlorotic leaves. Apparently, the witches' brooms may grow to several feet in diameter. 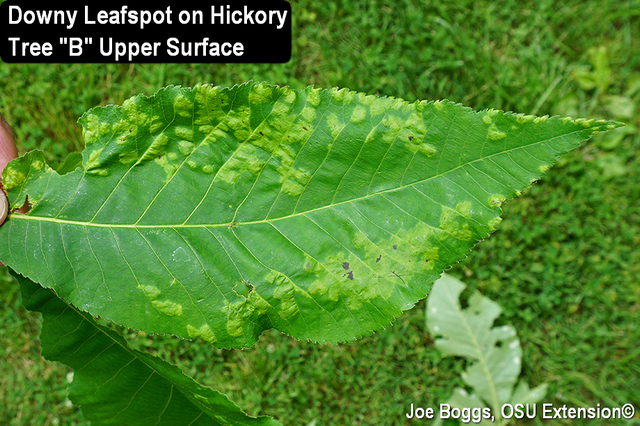 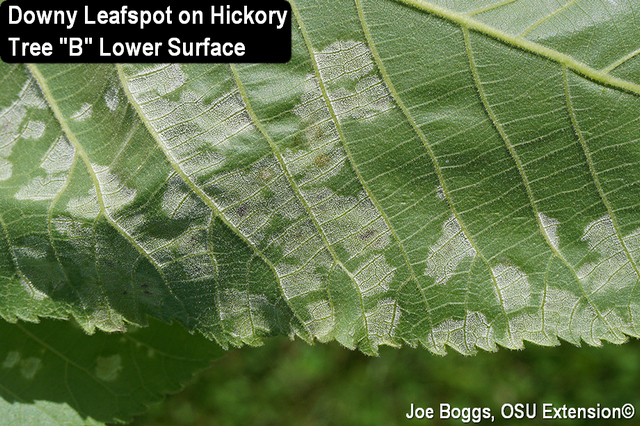 Although leaf infections may appear dramatic, downy leafspot rarely causes significant harm to the health of established hickory or walnut trees in Ohio. Fungicide applications are not recommended and witches' brooms can be pruned out to improve the overall appearance of affected trees. Although the disease cycle is poorly understood, it's suspected that the fungus overwinters in fallen leaves. So, raking and destroying leaves in the fall may help to reduce next season's infections.