This week I received two emails from clients about clusters of little insects all over their trees. After closely examining the pictures and sharing them with my Horticulture co-workers they confirmed that they were in fact Barklice. 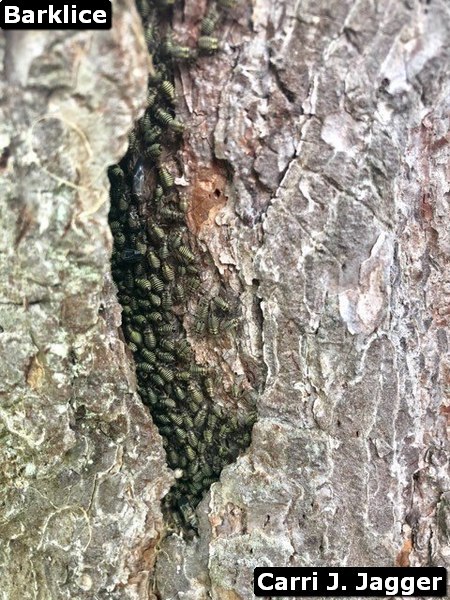 Barklice are small fairly inconspicuous insects that hang out on trees eating mold, pollen, fragments of dead insects, algae and lichens. Because of this they are actually considered be beneficial. They do cause any harm to trees as they don't eat bark or bore into trees. 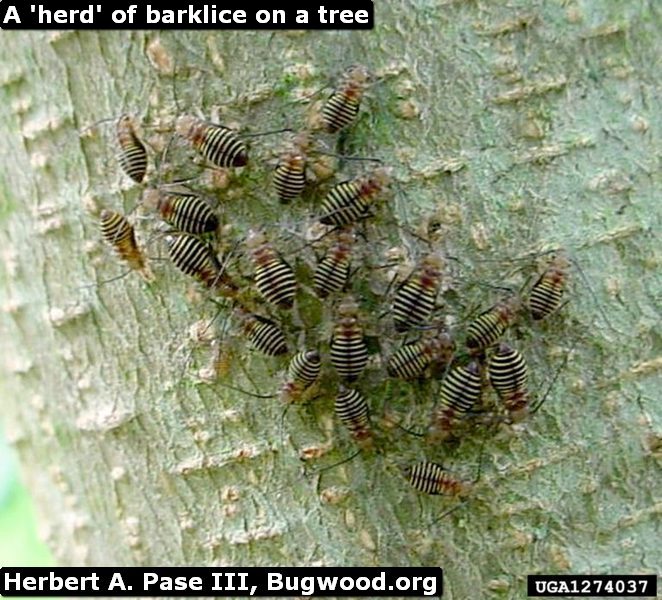 These insects resemble aphids and are called lice but they are not pests or parasites of either plants or animals. There are two species, one isCerastipsocus venosuswhich is found on the bark of trees and moves as a group that resembles a herd of animals. TheCerastipsocus venosus speciesadult has shiny black wings which are held in tent-like fashion over their abdomens. The nymphs appear dark grey and pale yellow banding between abdominal segments. The adults and nymphs have round heads and conspicuous antennae. 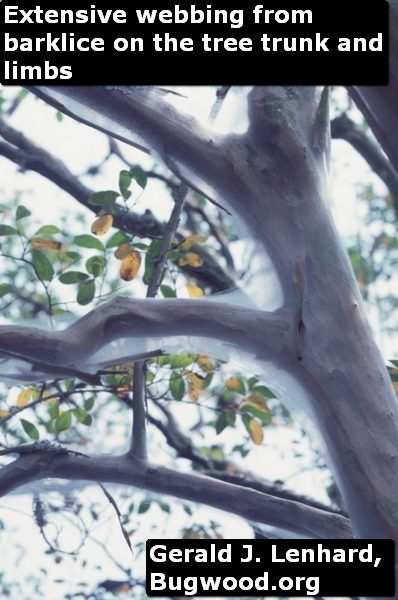 The other species isArchipsocus nomasand they make conspicuous silken webs on the bark of tree trunks and limbs. They are very small (less than 1/8 inch long) and soft bodied insect. They live together under the protective layers of the silken webbing.

There is no need to control Barklice as they are harmless to plants and people.