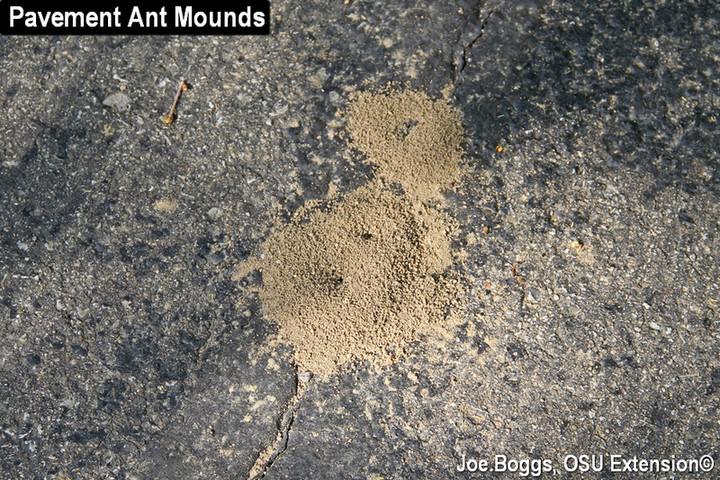 I received a phone call last Friday from a homeowner in Reynoldsburg, OH, who reported that his neighbor had been stung by a horde of aggressive ants. He called because he had seen a BYGL Alert posted last year on Asian Needle Ants (Brachyponera chinensis) in southwest Ohio (see "Non-Native Stinging Ant Confirmed in Southwest Ohio," January 26, 2018: https://bygl.osu.edu/node/970) 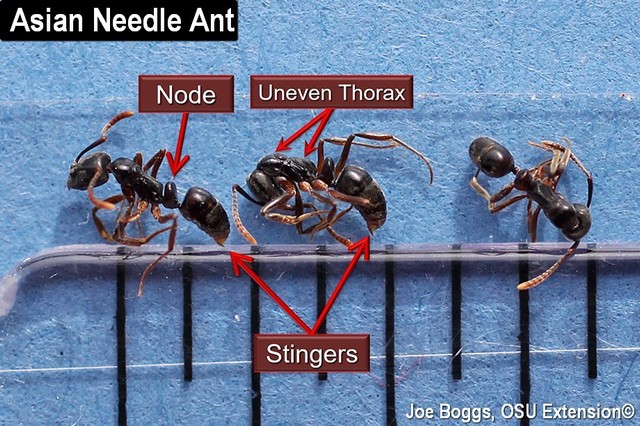 Given the homeowner's close proximity to our Ohio State University C. Wayne Ellett Plant and Pest Diagnostic Clinic (PPDC) located in the Ohio Department of Agriculture's complex, I urged that he drop specimens off at the Clinic for a positive identification. Ever since the discovery of needle ants in my neck of the woods, I and others have been interested to learn if this aggressive stinging ant had spread to other areas of the state.

Dave Shetlar (Professor Emeritus, OSU Entomology) made the identification of the ants and here is what he wrote in the Clinic report:

About five workers of the common pavement ant (Hymenoptera: Formicidae: Tetramorium caespitum) were found, still alive. The client was wondering if these were the Asian needle ants because the ants had stung during a recent encounter. Pavement ants are easily recognized by the presence of numerous furrows present on the surface of the exoskeleton of the head and thorax plus they have two nodes. The Asian needle ants have a smooth exoskeleton surface and one prominent node. Pavement ant workers have a small stinger which is capable of penetrating human skin where it is thin. Stings are normally considered to be inconsequential, but like all venoms, individual people may have severe reactions to the foreign proteins present in the venom. Such reactions can result in intense burning, itching and even the formation of a small blister. If these develop, frequent washing and application of anti-itching creams can help avoid scratching and secondary infections.

I've long been aware of pavement ants. This non-native species was introduced to the U.S. from Europe over 100 years ago and has risen to become one of the most common ants found in Ohio, particularly in urban areas.

This pugnacious ant is well-known for its bare-tarsal brawls. Battles between competing colonies may occur as a single, massive, swirling clash, or as a serious of smaller pitched skirmishes with constantly shifting battle lines. I've frequently had a ringside seat to one of these ant melees. 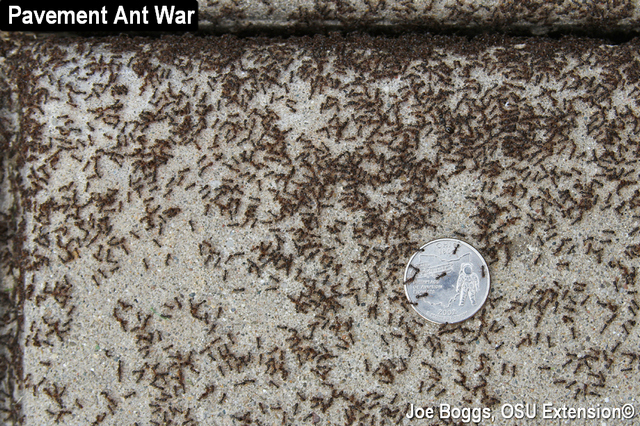 However, I never knew that pavement ants have stingers!