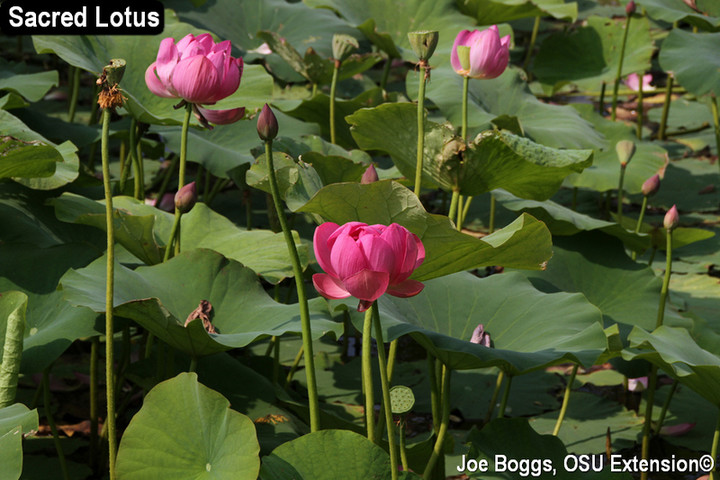 There are only two species of lotus worldwide: the American Lotus (Nelumbo lutea) and the Sacred Lotus (N. nucifera) which is also called the Indian, Asian, or pink lotus. Both lotus species once belonged to the water-lily family, Nymphaeaceae, in the plant order Nymphaeales. 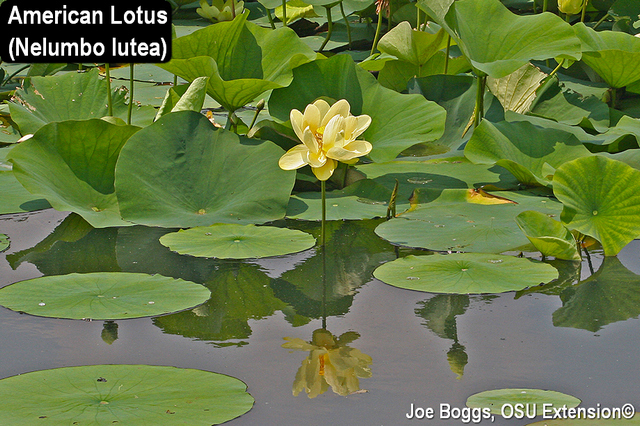 However, based on DNA sequencing, the lotuses are now placed in their own family, Nelumbonaceae, and moved to a different order, Proteales. This order also includes the plane family, Platanaceae. This means American and sacred lotuses are more closely related to American sycamore (Platanus occidentalis) than they are to any of the water-lilies.

I posted an Alert last month on our lovely American lotus and it's associated less lovely American Lotus Borer (Ostrinia penitalis(Lepidoptera: Crambidae)). You can read the Alert titled, "An American Tail: the Lotus and its Caterpillar," by clicking on this hotlink: 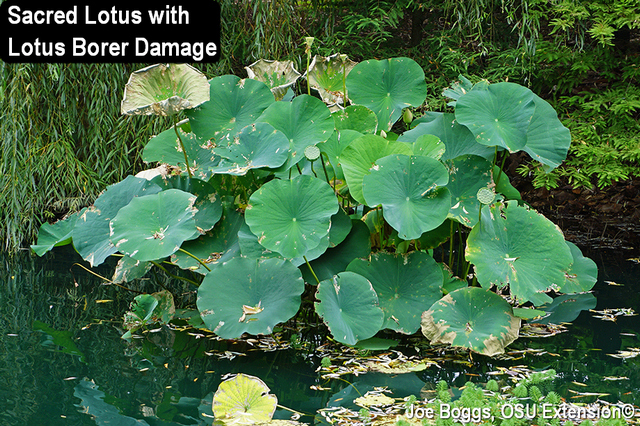 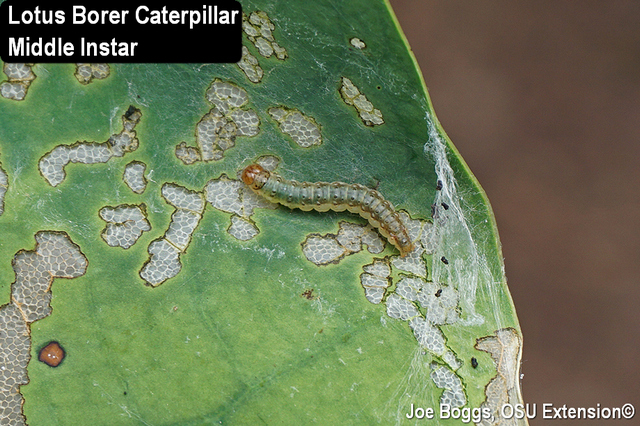 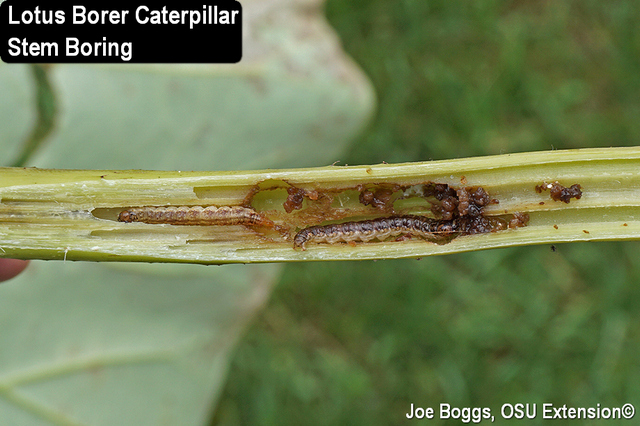 I have no concerns regarding our native American locus borer ravaging the non-native sacred lotus because this Asian introduction can rapidly colonize our ponds and lakes. It's why sacred lotus is included in the Ohio Field Guide to Aquatic Invasive Species. You can learn more about this and other aquatic invasives in Ohio by clicking on this hotlink:

I first came across sacred lotus in two ponds in a Butler County park in 2014. I learned from a passing hiker at the time that the lotus had been introduced to the ponds by a Butler County resident sometime in 2013 with the presumed intention of adding to the beauty of the ponds.

I've heard the same story from two other residents since that time, so I believe it's probably true. Also, I'm not aware of any lotus infestations close enough for the seeds to find their way into the ponds and I've been told the parks didn't introduce the sacred lotus.

The timeframe agrees with past images that I've taken of the ponds. I took pictures of a Canada goose in the spring of 2013 that shows one of the ponds (Pond A) with open water; no lotus is evident. Those images coupled with pictures that I've taken since that time clearly show how rapidly sacred lotus can wreak unholy havoc on aquatic habitat. 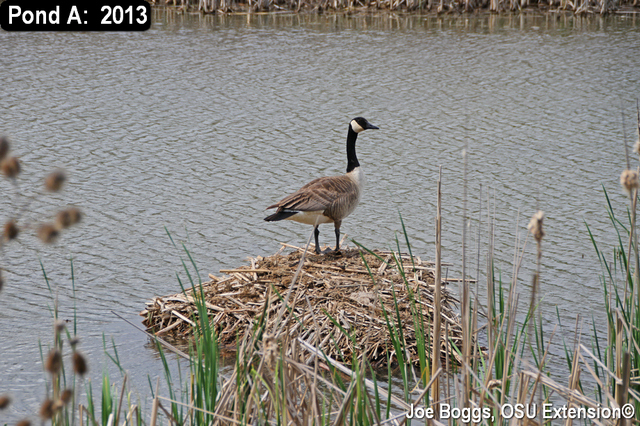 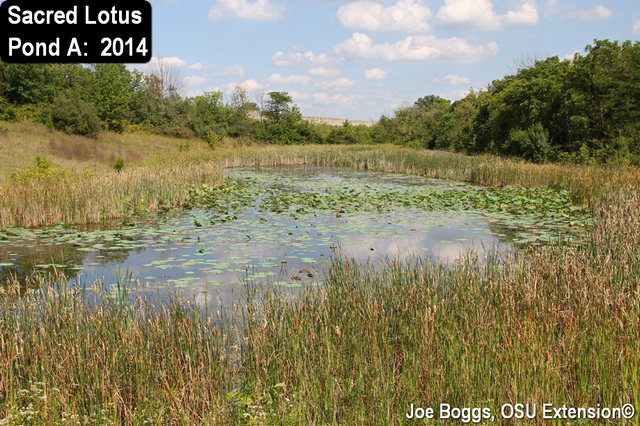 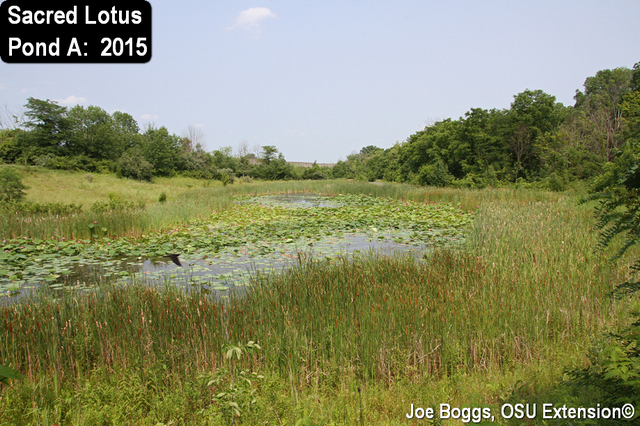 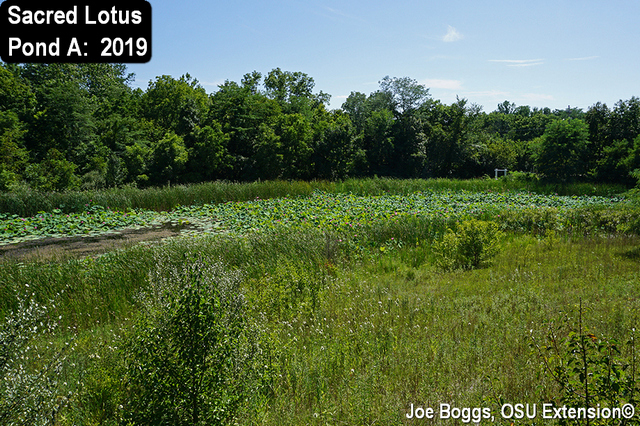 There's no doubt the pink-flowered lotus provides a beautiful floral display; to the uninitiated. However, it's a Jekyll and Hyde proposition with one pond (Pond B) totally choked with sacred lotus and the only thing preventing the other pond (Pond A) from becoming totally covered is a small area of deeper water. Lotus must root into submerged soil. 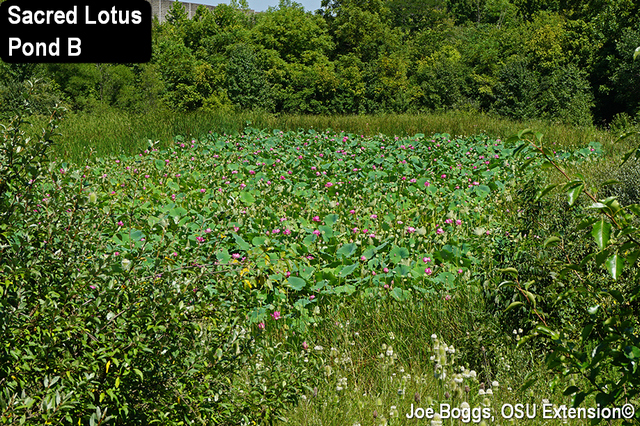 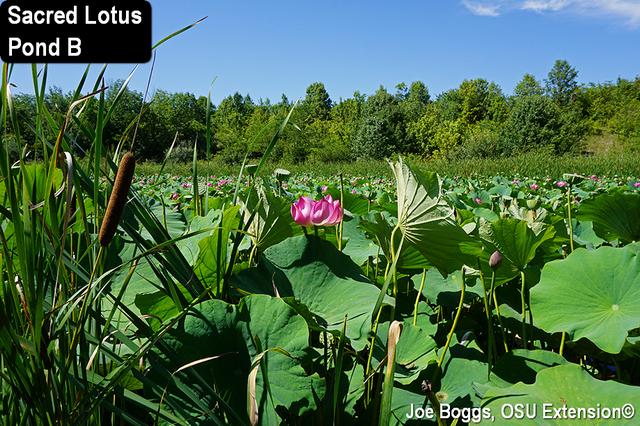