One spring when I was in college studying woody plants, I was delighted to discoverLindera benzoin, Spicebush, growing on my parent’s farm. The plant was covered in small yellow flowers making it visible from a distance. To the uninitiated, the plant can be confused withCornus mas, which blooms earlier in the season and has similar clusters of yellow flowers. Since then I have looked forward to the arrive of the yellow blossoms each spring. 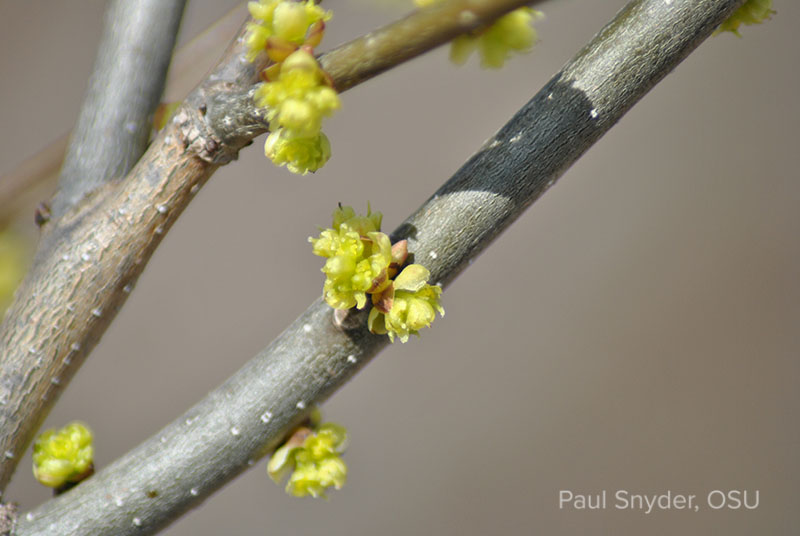 Lindera benzoinis an early spring blooming plant (full bloom around 90 GDD) native to Ohio and the eastern United States. The tiny yellow flowers last about two weeks and are borne in clusters at nodes along the stems. The plants are dioecious, with male and female flowers borne on separate plants.Lindera benzoinvaluable to early pollinators providing both pollen and nectar. 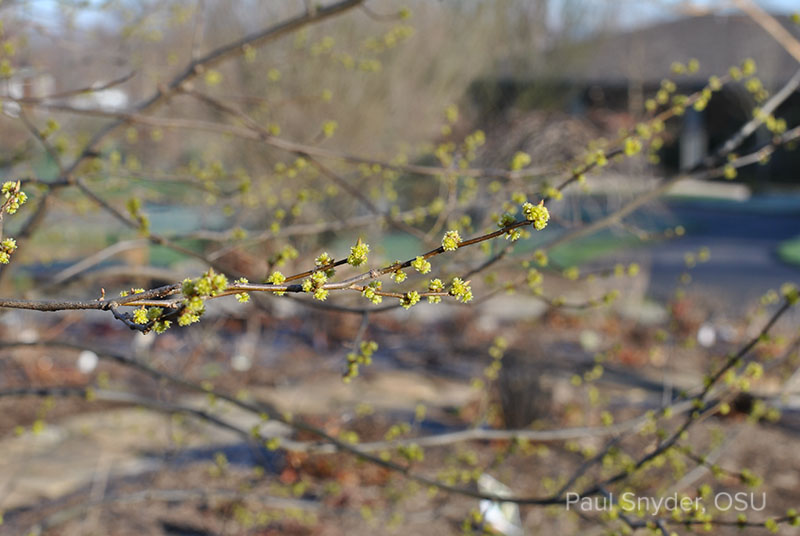 One of manyLindera plants flowering at Secrest Arboretum

The common name, Spicebush, comes from the aromatic nature of this plant because all parts contain aromatic oils. The presence of aromatic oils is a traitLinderashares with other members of the Lauraceae (think of bay laurel, sassafras, cinnamon, camphor, and avocado). Native Americans used all parts spicebush for a variety of purposes including medicinal teas and as an insect repellent. The red drupes were dried and used as a spice, which is said to resemble allspice in its flavor. It’s reported that dried bark has been ground and used as a cinnamon substitute by settlers (Note: The FDA does not recognizeLinderaas safe for human consumption).

Lindera benzoinis a medium sized shrub, reaching 8-12’ tall. In the landscape it is best used in the back of the border or along a woodland edge. Native to the understory, spicebush grows best in dappled shade and soils that are moist but well-drained. Walk through any woodland where spicebush grows wild and you’ll soon discover the large stands this plant forms. European settlers learned that the presence of this shrub was an indicator of fertile soils suitable for agriculture. The plant is scattered throughout the collection at Secrest Arboretum along with related non-native species,Lindera angustifolia(Oriental spicebush),andLindera glaucavar.salicifolia(Chinese spicebush). 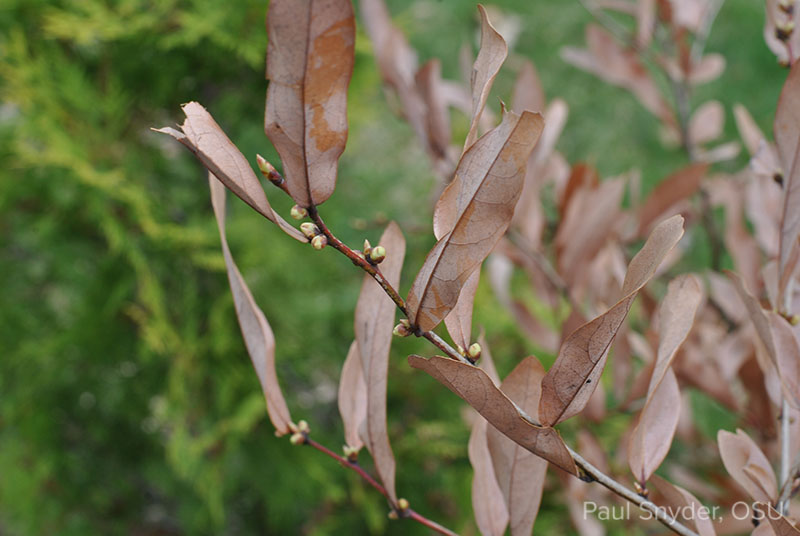 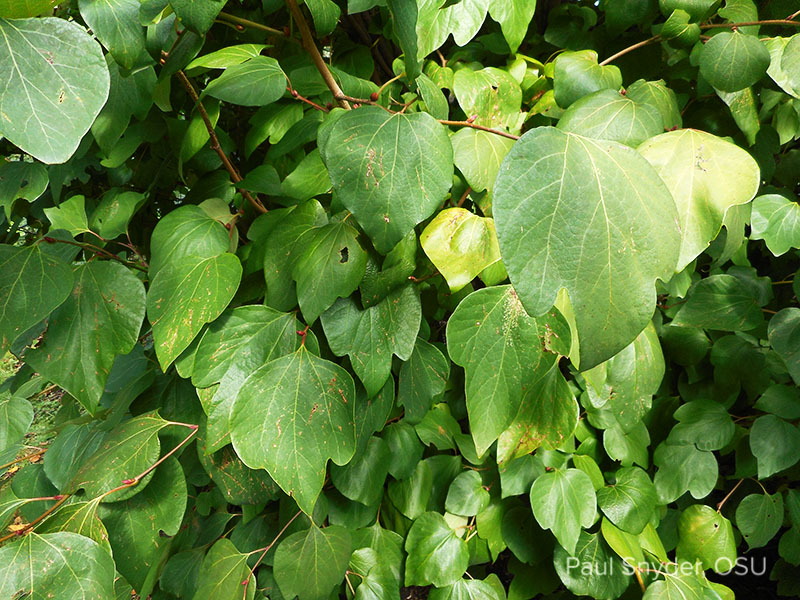 Spicebush is a plant that is hard to walk by without rubbing or crinkling a leaf and then deeply breathing in the delightful fragrance. The aromatic summer foliage is a medium green and becomes warm golden-yellow with the cooler days of autumn.

Lindera benzoinis easy to propagate from seed. Collect fruit in the fall and remove the fleshy red coating. Place the seeds in a plastic bag with moist (not wet) peat moss and place in your refrigerator for a minimum of three months. Germination is normally high, so you don’t need to collect large quantities of fruit just to grow a few plants. Instead, leave remaining fruit for migrating birds who benefit from the fruit’s high fat content.