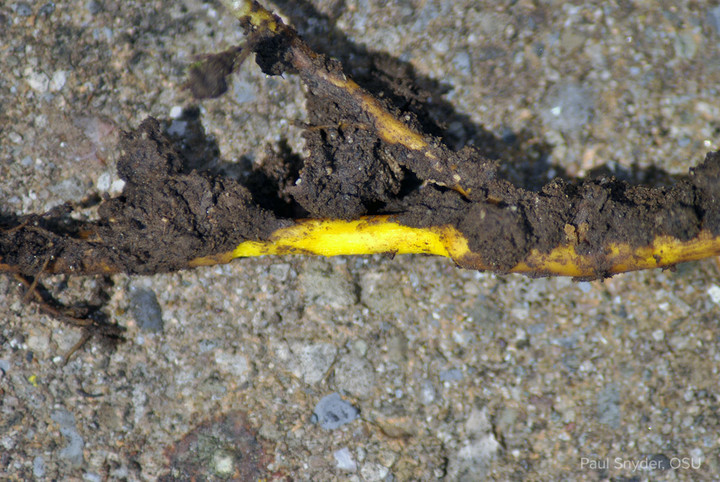 Yellowroot,Xanthorhizasimplicissima, is a member of theRanunculaceaethat few people in Ohio are familiar with. When I began working at Secrest Arboretum in 2010 I learnedXanthorhizafrom Ken Cochran as a plant that could be grown in dry shade beneath white pines. After the 2010 tornado we moved clumps of the plant to new areas to help cover open areas. At the time I wasn’t impressed with it, except for the brilliant yellow roots (think yellow highlighter yellow). However, over the yearsXanthorhiza simplicissimahas grown on me.

Native to portions of the eastern and southeastern United States (the USDA lists it as native to Ohio though no county data exists for it), Yellowroot is a colonizing shrub capable of filling a landscape bed. The best way to grow is it to plant it somewhere it can be contained either by a retaining wall or sidewalk.Xanthorhiza simplicissimamakes a good groundcover and has no known disease or insect problems.

The name Yellowroot, comes from the bright yellow color of the roots and stems (Xantho= yellow, rhiza=roots). It was used medicinally and as a dye by native Americans. The shrub reaches a mature height of 2-3’ with an infinite spread. Interestingly, the stems do not branch like other woody plants which is what the specific epithet,simplicissima,refers to. 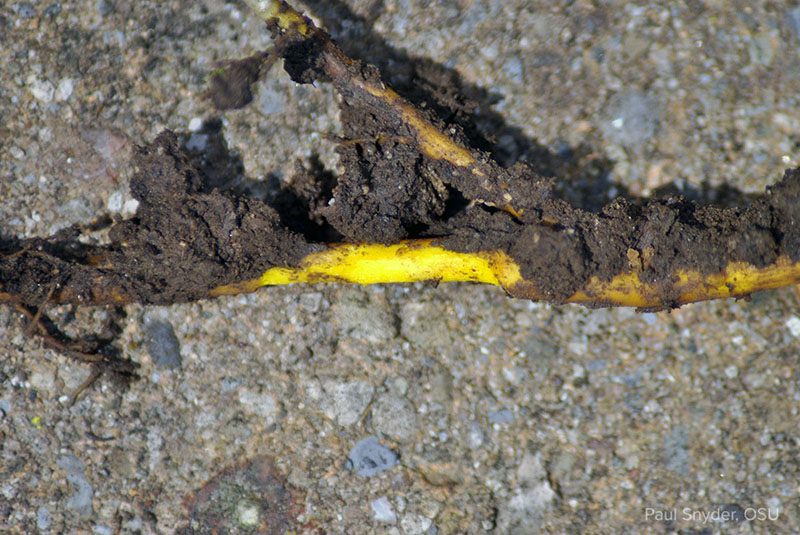 Yellowroot can be grown in full sun though it does best in part shade. Like most plants native to the eastern US, it prefers soils that are slightly acidic and rich in organic matter. In the wild it can be found along stream banks. 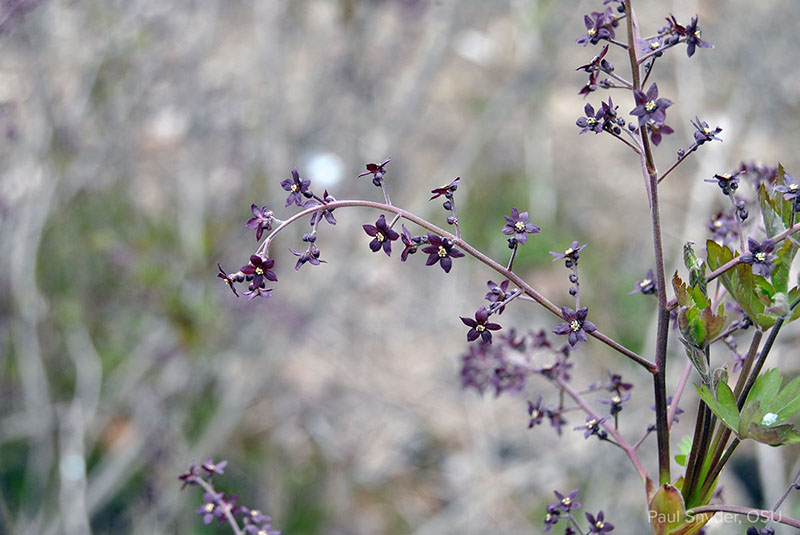 Purple panicles of flowers emerge in the spring before the foliage. While the flowers are not large and showy they do add a wispy cloud of purple to the area in which they are planted. The flowers are followed by small green follicles which are hidden beneath the foliage. 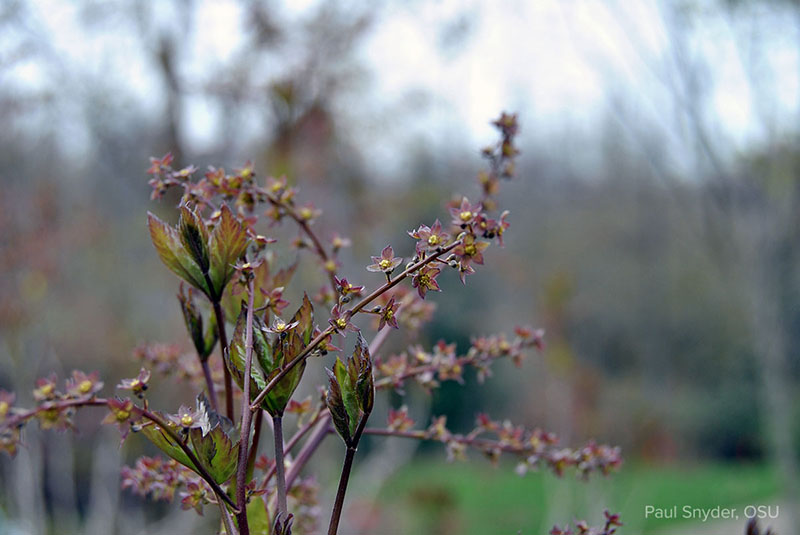 If you’re looking for a native groundcover that is both beautiful and functional, consider planting Yellowroot. 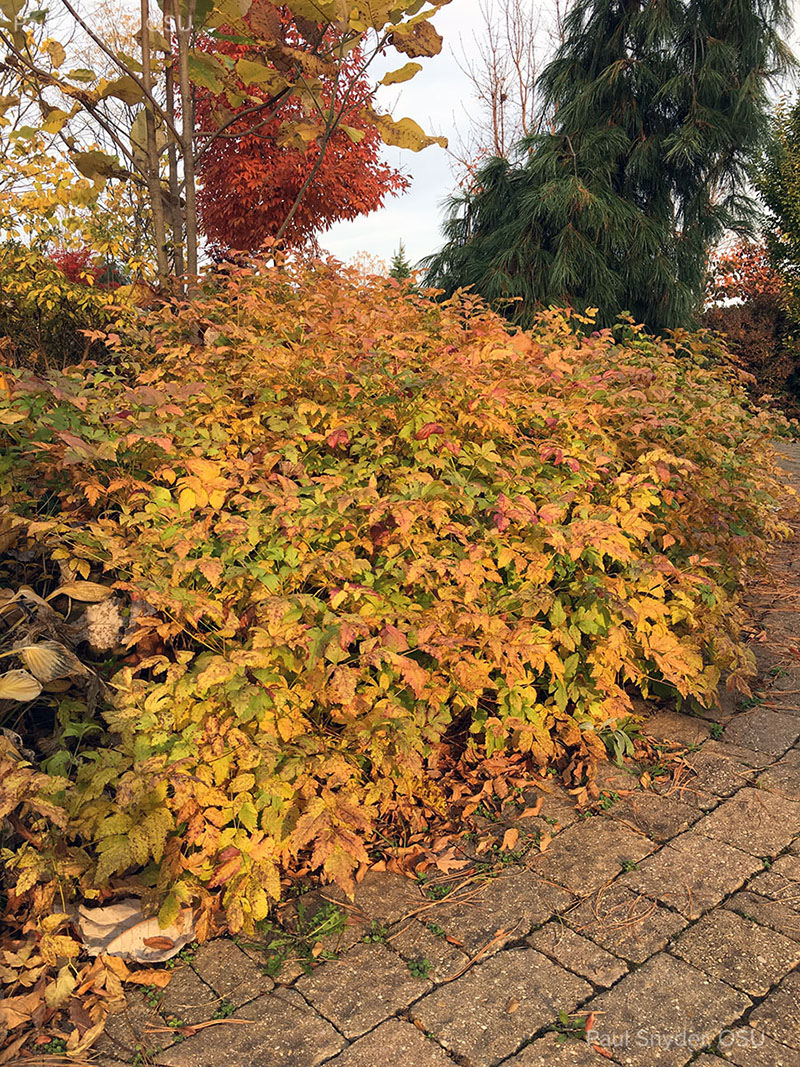