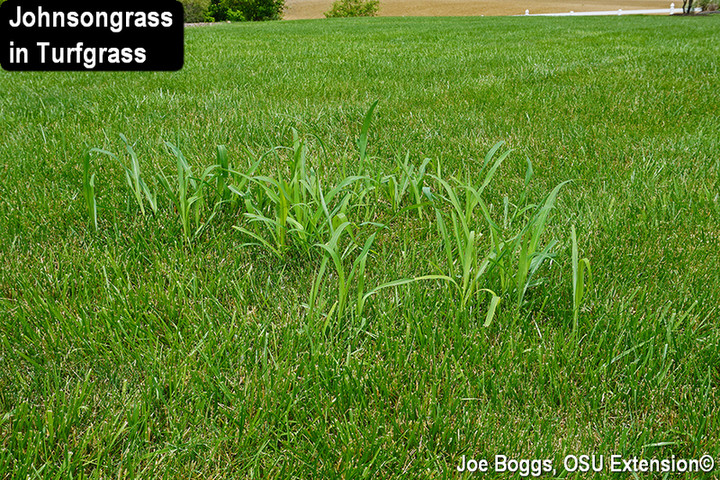 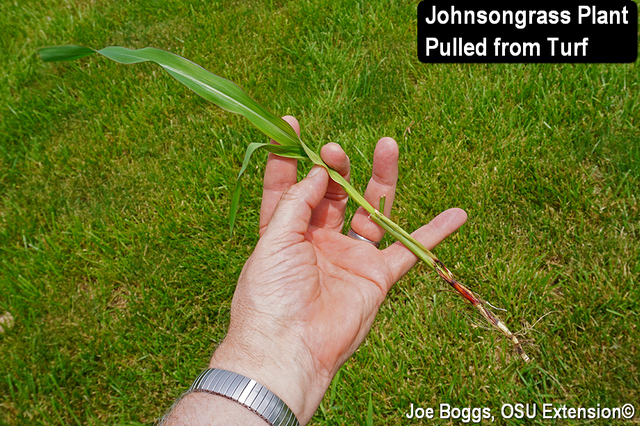 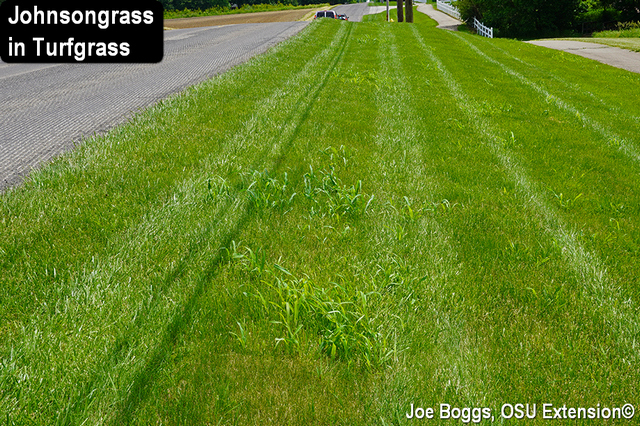 Johnsongrass is a perennial grassy weed native to the Mediterranean region. It was exported worldwide primarily for erosion control and can now be found growing on every continent except Antarctica. Its common name references Alabama plantation owner William Johnson who sowed seeds on his river-bottom land sometime in the 1840s to control water erosion.

This non-native grassy weed may reach a mature height of 5 – 8'. It's a prolific seed producer with seed viability lasting more than 20 years. Plants also spread by underground stems called rhizomes making it a stubborn recurring weed. Dense colonies will outcompete preferred plants including landscape annuals and perennials as well as field crops. 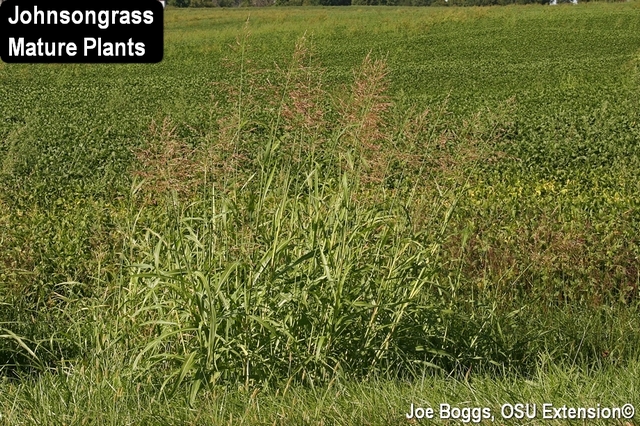 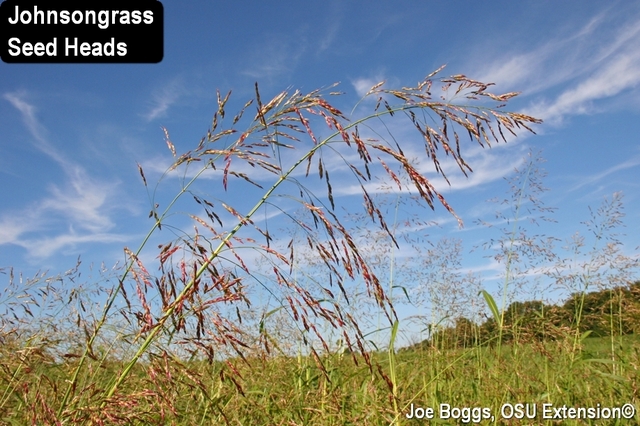 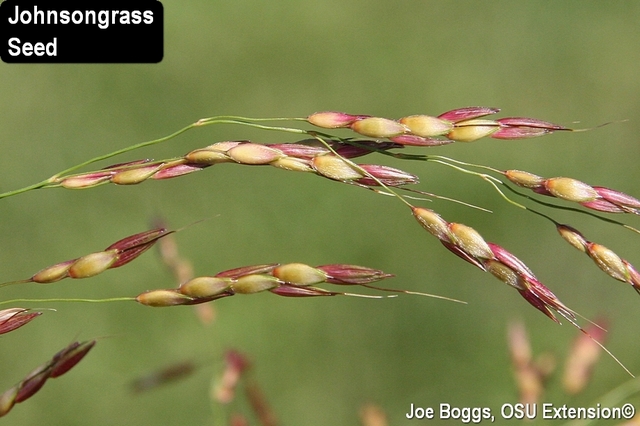 Johnsongrass was long considered a problem confined to southeastern states. However, it has been gradually creeping north to present a serious weed management challenge in Ohio's agricultural fields, nurseries, and landscapes. 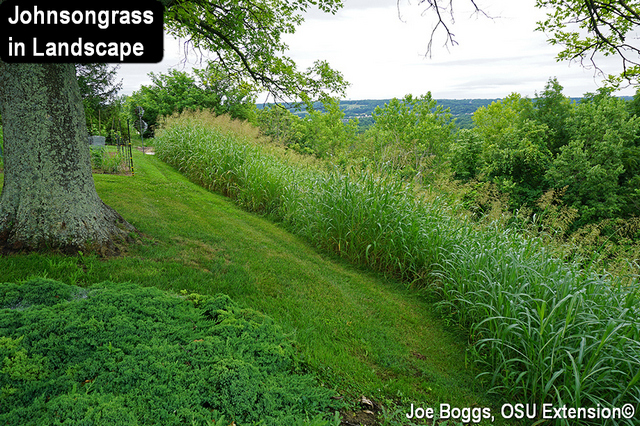 Seed may occasionally drift into turfgrass from surrounding infestations. The newly established Johnsongrass plants become very apparent in the spring as they grow much faster than the turfgrass plants. However, even though this weed is a heavyweight in other locations, it's a wimp in turfgrass. Dave noted that Johnsongrass will not survive continues mowing at turfgrass cutting heights. 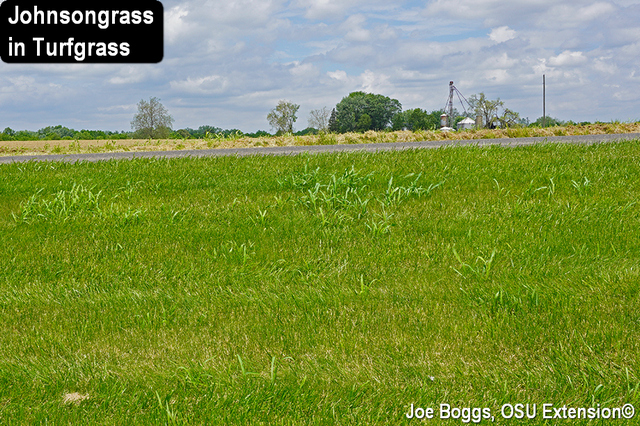 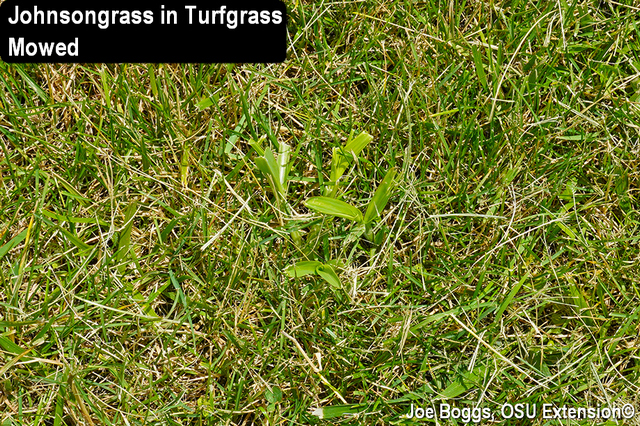 There are no effective pre-emergent herbicide options for nurseries or landscapes. Post-emergent herbicides including glyphosate are effective on young plants as long as you're not dealing with a resistant biotype. Mowing, cultivation, and physical removal are also viable options. Of course, mowing must be maintained to eventually eliminate plants, and hand-rouging and destroying plants may still leave behind rhizomes allowing plants to spring forth another day.