RUSH: Joe Biden says that he broke his foot after being in the shower. He was chasing the dog and he pulled the dog's tail, and that... Well, he told Jake Tapper, and we've got that interview with Jake Tapper he did. There's another gold mine sound bite in that interview that he did that we'll have for you coming up in just a second here. But he told Tapper more details about supposedly how he broke his foot playing with his dog.

He broke his foot after a shower when he pulled the dog's tail. Now, folks, only an idiot runs after a dog trying to pull the dog's tail. That's why I'm inclined to believe Biden. I don't think... (laughing) I think he's probably telling the truth about this.

RUSH: So in an interview on CNN with Democrat operative Jake Tapper, Joe Biden claimed that he once told Barack Hussein Obama that should the two of them have a fundamental disagreement on a moral principle, that he, Biden, would resign and claim illness. Why would Biden have to be the one resigning?

He's the vice president. Who cares? Now, what would Sigmund Freud say about Biden bringing that up now? But he wasn't through. Here's audio sound bite number 1, another segment of the interview with Democrat operative Jake Tapper and Joe Biden on CNN last night. 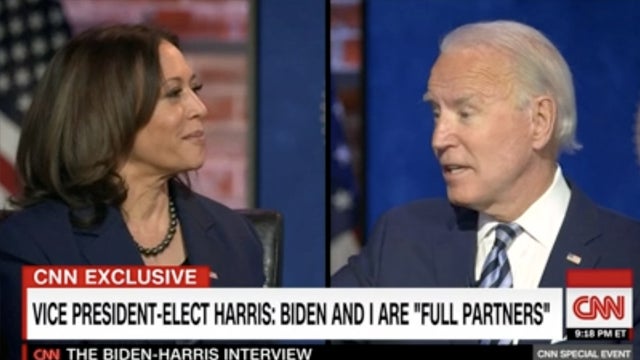 BIDEN: When we disagree, it will be just like... So far it's been just like whenb Barack and I did.

Which is guaranteed, by the way. He would resign after having developed some disease? Folks, there's something going on. He repeats this about Obama, now talks about it with Kommie -- and she's there. She's off mic, off camera. They have a camera on her, and she looks kind of stunned when Plugs says this. What do you make of that? 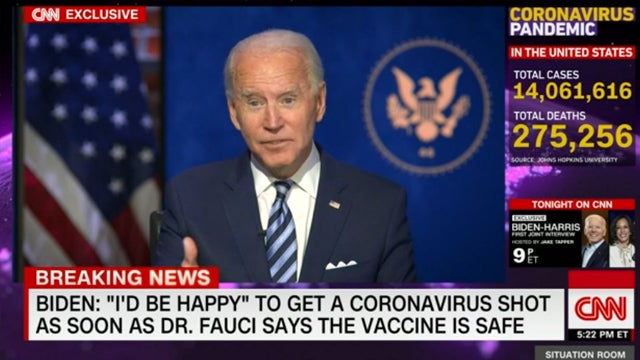 RUSH: You know, this business of Joe Biden getting a disease and resigning is exactly one of the very real possibilities that has already been set up to get rid of the guy. Except, I wouldn't think he would know about it. Maybe he does. The truth is this: If there were ever any disagreement between Kommie and Biden, it would be Biden who would have to resign and claim illness, not Harris.

You know why? Because she is Obama's surrogate in the White House, not Biden. Do not make the mistake of thinking that Biden is Obama's guy in the White House. He's not. He's a placeholder. He's just there for a short amount of time. Kommie Harris is who the dream is about. She could never have been elected. She didn't even get a single vote in the Democrat primaries.

I'm sorry if you've heard me say this, but it's really important. She got out of the primaries before a single vote had been cast. She got out when the fund-raising dried up. She didn't get one vote, folks, not one expression of solidarity or support for her. Yet she's gonna end up being president if this fraud is not corrected.

And we know now that Obama has been pulling the strings on everything the DOJ, the Democrat Party and the FBI have been doing and trying to do to Trump for the past four years. Obama has been the puppet master. He's been in charge of all of it. He is in charge of Kommie Harris being chosen veep. She is the surrogate for Obama, not Biden.

The only question is, does Biden know it? It doesn't matter if he knows it 'cause there's nothing he can do to stop it. It's just a curiosity point. In fact, it might not even take a disagreement. They might just insist that Biden go ahead and get an illness (it wouldn't be hard to fake), just to get him out of the way. For a few months, they probably want some kind of front in there.

But at some point, this is all gonna happen.