RUSH: The next 10 days are crucial, ladies and gentlemen. Do not get mad at me here. I'm just... You could disagree with me all you want. You may think that I'm not right about this, and you might want to say, "What do you know? You haven't even been here in a week and a half. What do you know?" 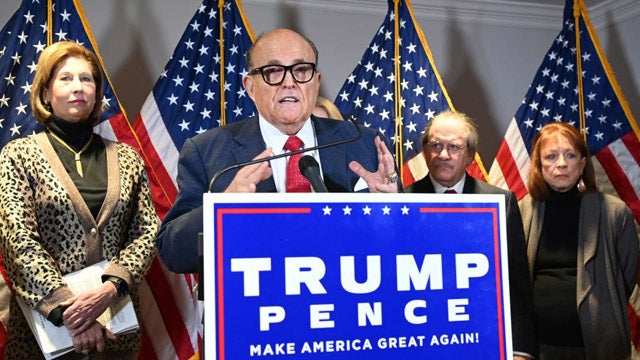 I said, "Oh, no. I didn't want to deflate you." "You did, when you said that we had to come up with some bombshells." I said, "Well, Rudy, I just looked at the press conference is all I did, and you made it look like you had a whole bunch of them lying in wait. For that press conference, you and Sidney..."

Primarily it was Sidney. "By the time you guys got through, I was thinking, 'Here comes the proof!' I was all jazzed. I was thinking, 'This is it. They've got it,' and then there wasn't it, and that's a little deflating to me too. I wasn't trying to deflate you guys and I wasn't trying to depress you. I was just saying, this is how I saw it," and I'm probably not the only one who saw it that way. 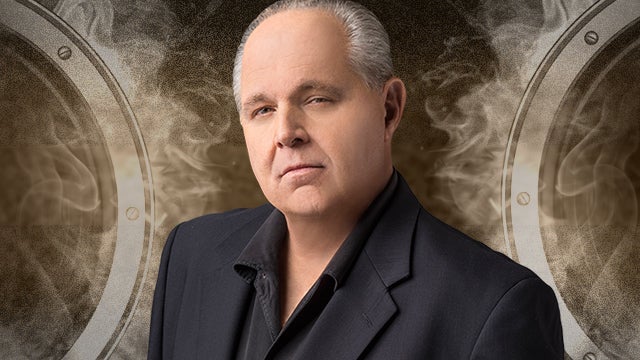 And when I didn't get any bombshells, that's when Rudy sends the note. "That was very deflating especially from you." I'm sorry. I wasn't trying to deflate anybody. I'm just sharing with everybody my reaction to it. But I'm back to bombshells, because we got 10 days now. Other than Georgia, we've got 10 days, and Trump and his team need nonstop bombshells if we're gonna move this to the next level.

Remember this is now a public-opinion issue. It's gonna need that as well as everything that they're doing or trying to do in court, 'cause I tell you what I fear -- and, Mr. Snerdley, you tell me if you disagree with this. No, honestly. I think that they've got... I've gotta be very careful how I say this. There's a lot of people that really believe that all this fraud happened, and they're probably right.

If nothing's done about it, there's gonna be disappointment. There might even... I think Trump may even risk a backlash among some swing supporters, 'cause, look, everybody's being revved up for this. Now, I know Trump, at a recent White House holiday party, was saying things that made it sound like he's (sigh) uhhhh, resigned to having lost and conceded.

He hasn't said it, but the way he was speaking it, you wouldn't be wrong if that's your interpretation. All of this leads us to Georgia. Georgia is in 30 days, the runoff elections. There's a huge electoral mess going on in Georgia, which is what we led the program with. There is massive division on our side about what to do in Georgia.

Lin Wood is suggesting that conservatives not vote until these two senators acknowledge the fraud, get on the page with the fraud, join the effort to prove the fraud, because we don't want senators -- we don't want Republicans elected -- who are not going to advance the cause of election dignity, constitutional dignity, and he's dead serious about it.

But if that happens -- if we lose Georgia, if we lose these two Senate seats (sigh) -- folks, the filibuster is dead. The Supreme Court will be packed, and we will forever -- well, "forever," I mean, for the foreseeable future -- lose it. Make no mistake, the Democrats will get rid of the Electoral College. Bye-bye. Bye-bye Electoral College. It'll be a pure popular vote election, and that means they never lose.

As long as they hold New York and California and Michigan and the other states, they never lose, and if they proceed in the direction they're going toward winning Texas. But they want the Electoral College gone. They don't like it. It is a direct affront to communist and socialist thinking, and they will wipe it out. We are headed for unconstitutional ways of admitting new states to the union for the purposes of getting new left-wing senators.

So we make Washington, D.C., a state. We make Puerto Rico a state. Those two places get two senators each. So four brand-new Democrats piled on top of the number of Democrats that are already there, combined with packing the court. Then these people... Once all of that happens, then you watch how rapidly they make a move on the First and Second Amendments.

You know, they've already made substantial progress on the First Amendment just in terms of religious freedom and association? You've got these governors out there saying, "You've gotta cancel Christmas now and you can't go to church. You can't go to funerals. You can't go to any of this stuff here. You can riot, you can protest, you can loot..."

I'm not making it up. You can do all that, but you can't go to church! They're already making direct moves on the First Amendment. The Second Amendment with the guns? You wait, folks. It's only gonna be a matter of time. That's what's at stake if we lose Georgia; so Trump has to fight for honest voting. He has to assure his base that he is not rolling over.

He has to hope that more of these fraud stories increase in the next 10 days. But at the same time, he can't run the risk of blowing up the system of honoring electors without overwhelming proof, while convincing Sidney Powell and Lin Wood not to destroy the last chance to save the Constitution in Georgia, 'cause that's really what's at stake. 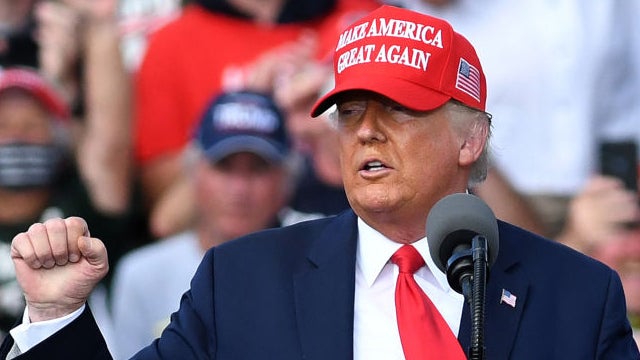 I saw that, you know, urging Republicans not to vote for these two. I said, "I don't understand. What in the world is this?" Then I heard the explanation, and I said, "That's a little too purist for what's called for now." I think if Trump fights nobly -- and he knows how to do that. What happens if these bombshells...? You know, there need to be these bombshells.

There need to be bombshells to move public opinion. I mean, we're hearing about all the bombshells. We're hearing about the suitcase video and all this other stuff. That stuff has to somehow find its way into the public domain, because we've got to stop the certification of the election on December 14th. That's the date, ten days from now. That has to be stopped.

I don't want to call the Republican Party the Trump movement, 'cause they're not. But that's my point. They haven't shown his defiance of the swamp and his ability to fight under great odds. He's actually still in this alone, and his legacy and future hinge on walking through these minefields of the next 30 days -- and it is a minefield.