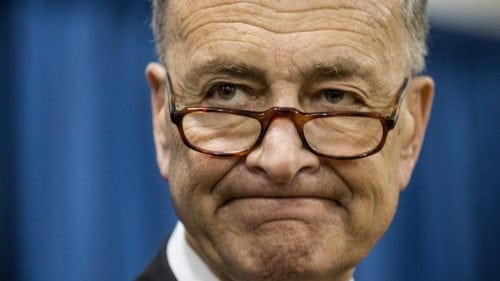 According to the Hill, Schumer made the request in private; asking Trump to advance Garland after his nomination process stalled in 2016.

“A person familiar with the conversation said on Thursday that Schumer told Trump in a phone call that lasted less than five minutes on Tuesday that the move would help unify the country,” writes the Hill.

The Democratic leader penned an editorial in the New York Times in recent days, urging the President to pick a candidate that would uphold key court decision surrounding abortion and Obamacare.

“If you do not want a Supreme Court Justice who will overturn Roe v. Wade and undo the Affordable Care Act, tell your senators they should not vote for a candidate from Mr. Trump’s preordained list,” wrote Schumer.

This story originally appeared in The Sean Hannity Show

About The Sean Hannity Show